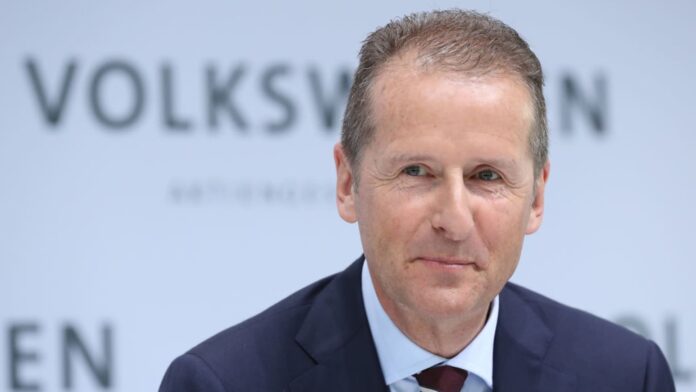 Volkswagen CEO Herbert Diess will leave the company at the end of August, the company said Friday. Oliver Blume, currently the CEO of Volkswagen subsidiary Porsche, will succeed Diess as of September 1.

The automaker didn’t provide a reason for Diess’s departure.

Diess joined Volkswagen from BMW in 2015, stepping into the top job in the wake of the Dieselgate scandal. He is credited with leading the company past the scandal into a new era, driving massive investments in electric vehicles with a goal of selling millions of EVs per year by mid-decade.

In a statement, Volkswagen chairman Hans Dieter Potsch thanked Diess for playing a key role in advancing the transformation of the company.

“Not only did he steer the company through extremely turbulent waters, but he also implemented a fundamentally new strategy,” Potsch said.

His successor will be charged with keeping that transformation on course. A career Volkswagen executive, Blume held manufacturing roles at Audi, the Spanish auto brand SEAT and at the VW brand before becoming Porsche’s production chief in 2013. He became the sports car brand’s CEO in 2015.

Blume will have help as he transitions into the new role. Volkswagen said that its chief financial officer, Arno Antlitz, will take on the additional title of chief operating officer to “assist Blume with day-to-day operations.”

Turning point for Bitcoin? Where crypto goes from here