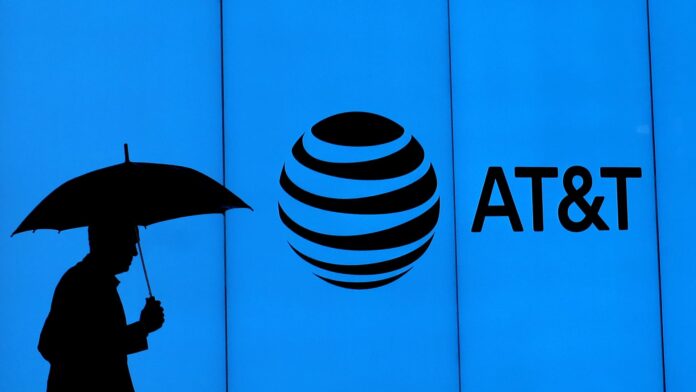 A man walks with an umbrella outside of AT&T corporate headquarters on March 13, 2020 in Dallas, Texas.

The company said customers have been paying their bills about two days later than they did the same time last year. That impacted cash flow by about $1 billion for the quarter, the company said.

“There’s clearly some dynamics in the economy. We have customers that are stretching out their payments a little bit,” AT&T CEO John Stankey told CNBC. “We expect that they’re going to continue to pay their bills, but they’re taking longer to do it. That’s not atypical in an economic cycle.”

Given those factors, AT&T lowered its full-year free cash flow guidance from the $16 billion range to the $14 billion range.

For its second quarter, AT&T reported revenue of $29.64 billion, down from $35.7 billion in the year-ago period. Analyst on average were expecting revenue of $29.55 billion, according to Refinitiv.

As part of its plan to combat cash flow issues and the inflationary environment, AT&T said in May that it would begin to raise prices on older wireless plans, according to Bloomberg. It increased monthly fees by up to $6 a month on single-line plans, and up to $12 a month on family plans.

“We went in there and said that we’re going to have to raise some prices on these long-standing plans,” Stankey said on CNBC Thursday.

Stankey also forecast “a more tepid economic environment moving forward,” but said the investments the company is making would “build the franchise for decades to come.”