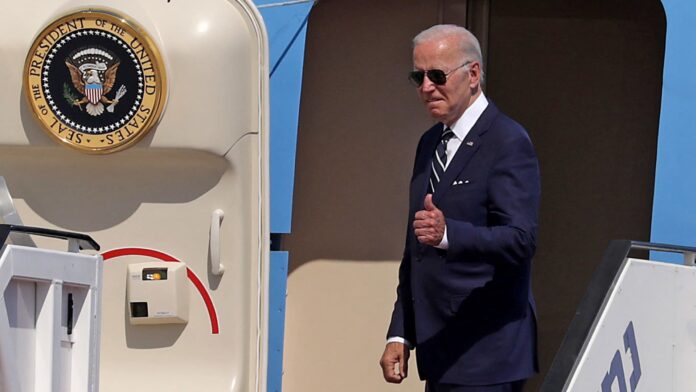 “As an example, on energy issues, he came in with a policy to stop completely fossil fuel usage not only in the United States, but worldwide, and now he is finding himself having to rely on fossil fuels as a means of meeting the energy shortage that has come about, not only because of the Ukraine war, but also because of U.S. policy itself that shut down pipelines and stopped issuing … discovery of oil on U.S. soil,” he said.

The White House did not immediately respond to CNBC’s request for comment.

Central to the fractious relationship between the two historical allies is the allegation from the U.S. intelligence community that the crown prince, Saudi Arabia’s de facto leader, directly ordered the 2018 murder of Washington Post journalist Jamal Khashoggi. The Saudi government has repeatedly rejected the accusation.

Prince Turki, who was the head of Saudi intelligence services between 1979 and 2001 and has also served as the kingdom’s ambassador to the U.S., questioned Washington’s belief that it holds the moral high ground on human rights issues.

“So instead of shouting at each other, we should engage in trying to improve what would be on the ground for both the people of the United States and for Saudi Arabia,” he said.

“So what I would say is, any visitor and not just the American president who has complaints about Saudi issues like human rights and so on, please get off your high horse.”

Also central to the president’s agenda during the Middle East trip is the peace process, and Biden on Friday promised an additional $100 million to support Palestinian hospitals in Jerusalem as he attempted to rejuvenate political dialogue between Israeli and Palestinian leaders.

Israeli caretaker Prime Minister Yair Lapid said Thursday that action must be on the table if Iran continues to develop its nuclear program, urging the U.S. to adopt a tougher stance against Tehran.

Prince Turki said that while he hoped Biden could make some headway, “the deck is stacked against him.”

“His visit to Israel I think has shown that he is not much using his history to force Israel, for example, to comply with the United Nations Security Council resolutions, whether 242 or 338, or subsequent resolutions that the U.S. itself has supported in the past,” he said.

He added that Biden will have a tough time convincing the Saudis that he is sincere in engaging with Riyadh on issues such as peace, energy, terrorism and Iran.

“These are files that are full of baggage from the past, and trying to untangle them is going to be quite a project for the president,” Prince Turki said.