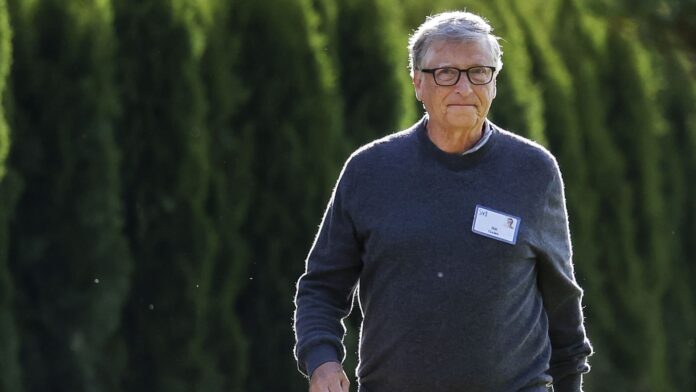 Bill Gates, co-founder of Microsoft and Chair of the Gates Foundation, walks to a morning session during the Allen & Company Sun Valley Conference on July 08, 2022 in Sun Valley, Idaho.

Bill Gates announced Wednesday he’s donating $20 billion to the Bill & Melinda Gates Foundation this month as the agency plans to ramp up its spending.

“Several huge global setbacks over the past few years have left many people discouraged and wondering whether the world is destined to get worse,” the Microsoft co-founder, who is the world’s fourth richest person, said in a tweet.

Gates pointed toward the ongoing Covid-19 pandemic, setbacks in gender equality and women’s health, climate change and Russia’s war on Ukraine as some of the major issues currently facing the world.

“I hope by giving more, we can mitigate some of the suffering people are facing right now and help fulfill the foundation’s vision to give every person the chance to live a healthy and productive life,” Gates said in a statement announcing the pledge.

The foundation now plans to increase its annual spending to $9 billion by 2026, which marks a 50% increase over pre-pandemic levels. The donation brings the foundation’s endowment to about $70 billion, it said in a release.

Since its launch in 2000, the Bill & Melinda Gates Foundation has served as one of the world’s wealthiest philanthropic organizations. Gates stepped down from his day-to-day role at Microsoft in 2008 in order to spend more time on the nonprofit.

U.S. airline bookings slipped again in May with fares 30% higher than 2019