HomeTechnologyBillionaire female financier on why your daughters should play poker
Technology

Billionaire female financier on why your daughters should play poker 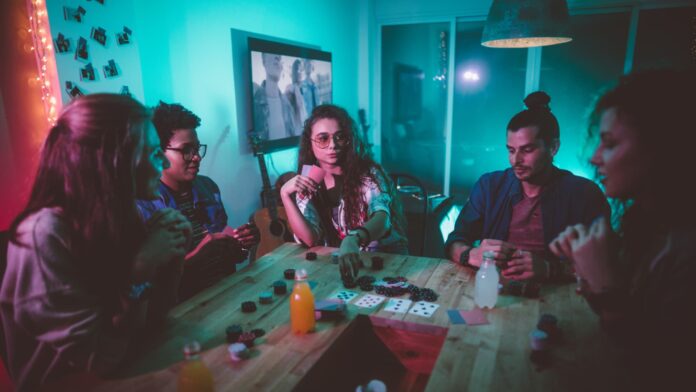 Jenny Just, co-founder of Peak6 Investments, made a fortune in the high-risk world of options trading, and did so against the odds in a male-dominated industry. Not much has changed.

Just says when she was on the Chicago Board Options Exchange floor in the early 90s she was one of the few women. “It’s not wildly different today,” she said at the recent CNBC Disruptor 50 Summit.

There are still far too few women in finance and fintech overall, she says, yet she adds, “There is no reason women can’t be equal at the job of allocating money.”

But it’s not to the CBOE floor which she conquered that Just looks to now when thinking about how to prepare girls for a professional world in which the chips are still stacked against them. It’s poker. And she came to the card game as a form of education for girls accidentally.

Just’s daughter was losing a tennis match in 2019 during which it became clear she was not strategizing on the court, not learning how to perform based on analysis of the game’s flow and what was likely to happen next. That led to a poker-playing experiment with her daughter, her daughter’s friends, and their mothers.

Just had her own moment of revelation during the experience of watching girls learn to play the card game. “I’ve been playing poker my whole career, I just didn’t know it,” she said.

Capital allocation, for example, is a skill that poker can help to improve, because allocating chips in a poker game is a form of capital allocation. An internal program at Peak6 Investments to empower women in finance has led to 36% of the capital allocators being women, an “extraordinary number,” Just said, in a world of finance where even the largest banks have as little as 4% to 5% of women in the ultimate money decision-making roles.

A few important lessons that poker can impart:

2. Having a top-down strategy approach

3. Having a seat at the table and becoming confident in it.

“In any industry, it doesn’t matter just in finance, that money at the table is incredibly important,” Just said. “Even in the smallest ways, getting to the table … the first lesson is about courage knowing how much it takes for a woman to sit at that table,” she said.

Just cited an estimate of over 100 million people in the world playing poker today, and less than 10% of those players being women. “That poker table has a forcefield around it,” she said, and it “feels an awful lot like the meeting room. … Practice going to the table to get over one hurdle, to get to the next one,” she said.

Poker, ultimately, is about more than making money — each lesson is focused on a higher-level mission. For Just, that mission is creating a safe environment for women to understand what it means to sit at the table, and how that relates to conversations in conference meeting rooms and all the way up to the board room.

Watch the full interview with Jenny Just from the recent Disruptor 50 Summit below.

SIGN UP for our weekly, original newsletter that goes beyond the list, offering a closer look at CNBC Disruptor 50 companies, and the founders who continue to innovate across every sector of the economy.

How the summer box office sizzled, then fizzled – in charts