HomeInvestingBond ETFs are hitting the market at a historic pace in 2022...
Investing 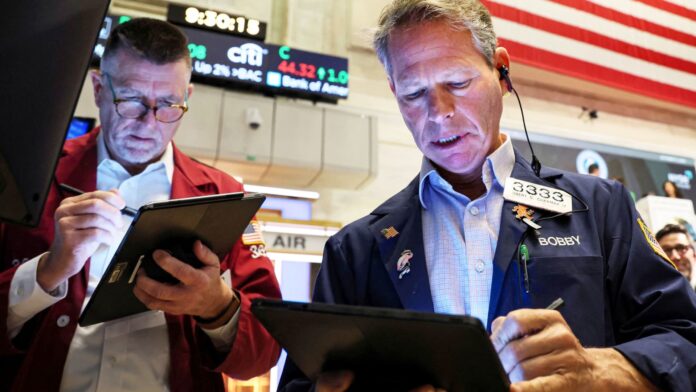 A brutal year in the bond market has proven to be a golden opportunity for ETFs, as investors are greeting a high number of new funds with significant cash. There have been 79 fixed income ETF launches this year, according to Strategas Research, surpassing the 78 in 2021 and the most since at least 2002, when the US ETF business was in its infancy. Equity funds still make up the large majority of the ETF market, but bonds are cutting into their lead in some key categories. According to data compiled by UBS, the number of new fixed income ETFs through September was more than double the number of U.S. large-cap equity fund launches over the same time period. The spate of new launches comes as cash floods into fixed income products. According to Strategas, Treasuries and cash-like bonds have been the two most popular ETF categories ranked by inflows this year. Treasury funds alone have seen more than $100 billion of inflows. “The Bloomberg Bond Agg Index has now gone 27 months without a new high [in price], longest in history,” Strategas ETF strategist Todd Sohn wrote in a note to clients on Tuesday. “On one hand, it helps explain the dual-edged pain for 60/40 portfolios this year, but the -17% decline now has bond ETFs offering realistic yields as an equity alternative. This helps explain the continued surge to Treasury ETFs, which again led our category workbook with +$12 Bn [last week] and over +$110 Bn YTD,” Sohn added. Some of the inflows could be due to outflows from mutual funds, according to Sohn. The biggest of the new funds in terms of assets is Capital Group Core Plus Income ETF (CGCP) , which launched in February. The fund, which was part of the firm’s inaugural ETF launch, has already pulled in more than $300 million in fund flows, according to FactSet. Holly Framsted, the director of ETFs at Capital Group, said the firm is not trying to time the market with its launches but does believe there is an underserved demand for actively managed bond ETFs. “From our perspective, it’s a very happy coincidence that we can offer a more comprehensive fixed income set of solutions for clients right at a time where starting yields are the best they’ve been in decades,” Framsted said. The inflows have come even though the Federal Reserve has continued to hike rates, meaning that the total return for most of these funds is negative so far. The Capital Group Core Plus Income fund’s total return since inception is roughly -13%, according to FactSet. Short duration bonds have been particularly popular. For example, single-bond ETFs from F/m Investments focused on 3-month Treasury (TBIL) and 2-year Treasury (UTWO) have each raked in more than $100 million of flows since their debut in August. By contrast, the 10-year Treasury fund (UTEN) has only attracted about $11 million. Funds that hold shorter term bonds have been popular in part because their value is affected by rising rates faster and more dramatically than longer-term bonds. In general, short-term bond portfolios have outperformed long-term ones in 2022. Other notable new funds in this area include the Bondbloxx Bloomberg Six Month Target Duration US Treasury ETF (XHLF) , which has garnered about $49 million in inflows. The AB UltraShort Income ETF (YEAR) has about $149 million in assets under management, though no formal inflows yet, after being seeded with internal and client assets, according to Noel Archard, global head of ETFs for AllianceBernstein. On Wednesday, the Federal Reserve hiked interest rates again and signaled that more is coming in the months ahead, though possibly at a slower pace. Framsted said that late-cycle environments tend to be a strong period for fixed income and that these funds should still attract interest even when the Fed stops its tightening campaign. “We do believe that, with starting yields as high as they are right now, investors can earn a pretty attractive return at what looks like fairly low risk, by thinking about, and re-thinking in many cases, their bond allocation,” Framsted said. Capital Group launched three more fixed income ETFs, including funds focused on municipal bonds and short duration bonds, last week.

Affidavit used in search of Trump’s Mar-a-Lago to be partially unsealed, judge says