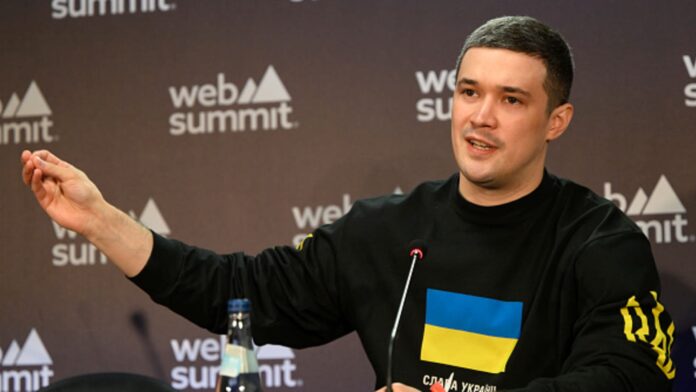 Musk’s continued support for Starlink in Ukraine was called into question last month when the billionaire said his space venture could no longer fund the operation in Ukraine “indefinitely.” He has since said he will continue to do so.

During a press conference Thursday at the Web Summit tech conference in Lisbon, Portugal, Fedorov said that he hasn’t seen any issues with Musk’s financing of Starlink in Ukraine continuing. The operation is currently working fine, he said.

However, Fedorov, who is also Ukraine’s digital minister, said the government is searching for new satellite communication tools to support IT infrastructure in Ukraine, which has been disrupted by Russia’s invasion. Fedorov said he had recently received reports of a blackout in Ukraine, as Russia launched an assault on the country’s energy infrastructure.

“One of the reasons I came to Web Summit is to look for new partnerships and engage with new partners,” he added.

One of the alternative partners Ukraine is already working with is ICEYE, a Finnish firm which has been helping the country with its remote satellite imaging capabilities.

For now though, it doesn’t appear as though Starlink will cease operating in Ukraine at this stage.

Last month, Musk said SpaceX couldn’t continue funding Starlink terminals in Ukraine “indefinitely.” The shock announcement came after a CNN report that his space company had asked the Pentagon to cover the costs.

Eventually Musk reversed his decision to cut off the funding. “The hell with it,” the billionaire tweeted, “even though Starlink is still losing money & other companies are getting billions of taxpayer $, we’ll just keep funding Ukraine govt for free.”

SpaceX’s donated Starlink internet terminals have been crucial in keeping Ukraine’s military online during the war against Russia, even as communication infrastructure gets destroyed. Russia began its invasion of Ukraine in late February.

Musk, who is no stranger to controversy, has been criticized for comments he made about the war in Ukraine. In a Twitter poll, he suggested regions illegally annexed by Russia should be allowed to hold U.N.-monitored referendums to decide whether they wish to become part of Russia.

He also said it was his belief that the Ukrainian territory of Crimea, which was illegally annexed by Russia in 2014, was “formally part of Russia” and should be handed to Moscow.

In response, Ukrainian President Volodymyr Zelenskyy hit back at Musk, putting out his own Twitter poll asking “Which Elon Musk do you like more? One who supports Ukraine [or] one who supports Russia.”

Musk was even told by Ukraine’s outgoing ambassador to Germany to “f— off.” When pressed on why he had wanted to pull the plug on funding for Starlink in Ukraine, Musk said he was “just following his recommendation.”

Ukraine has had a notable presence at Web Summit, where it is seeking assistance from public and private sector sources to bolster its fight against Russia. Earlier in the press conference, Microsoft President Brad Smith announced a $100 million investment in technology aid for Ukraine, taking the company’s total contribution to the war effort to $400 million.

There’s been “a new type of hybrid war combining cyber weapons and other assaults on digital technology,” Smith said.

Microsoft’s move will “enable the government and other organizations in Ukraine to continue to run their services through the Microsoft cloud and our public data centers spread across Europe,” Smith said.

Uber is going to be the last man standing

US again delays deadline for Real IDs until May 2025