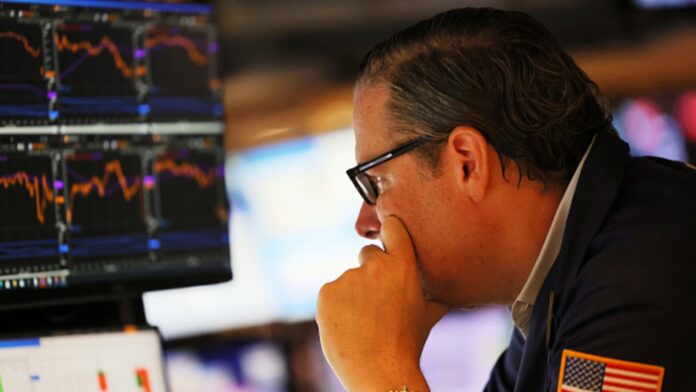 U.S. Treasury yields were up on Thursday morning ahead of second-quarter earnings and as investors continued to digest the higher-than-expected inflation print of 9.1% for June.

The 2-year Treasury yield, which is more sensitive to monetary policy changes than its longer-term counterparts, rose about 7 basis points to 3.213%. That’s kept a wide gap, or inversion, between the 2-year and 10-year notes, which on Wednesday reached its biggest since 2000. Yield-curve inversions, or when shorter-term government bonds have higher yields than longer-term ones, are generally viewed by markets as harbingers of recession.

Thursday will see the release of both the month-on-month and year-on-year PPI, or producer price index, for June, as well as the core PPI. The PPI is a monthly calculation of change in prices taken by domestic producers. Unemployment figures in the form of jobless claims will also be released.

The U.S. Federal Reserve could deploy a massive 100 basis point interest rate hike to combat inflation, some analysts predict. Inflation in the U.S. is at its highest in 40 years. Atlanta Fed President Raphael Bostic, when asked by reporters about the likelihood of the hike, replied, “Everything is in play.”

Investment firm Invesco in a note this week said that it expects inflation to recede as the year progresses. Ben Gutteridge, director of model portfolio services at the firm, told CNBC on Thursday that the stock market reaction to the latest inflation print has been “relatively benign, which could mean that markets are looking further ahead to the future, at least in part on the back of commodity prices slightly weakening… markets are maybe thinking that we’ve reached peak inflation.”

Four-week and 8-week treasury bills are set for auction Thursday.

On Wednesday, Bank of America economists said in a note that they expect the U.S. to enter a “mild recession” this year. They noted that incoming data points to slowing momentum for the economy and that inflation seems to be hindering consumer spending.

— CNBC’s Matt Clinch and Samantha Subin contributed to this report.