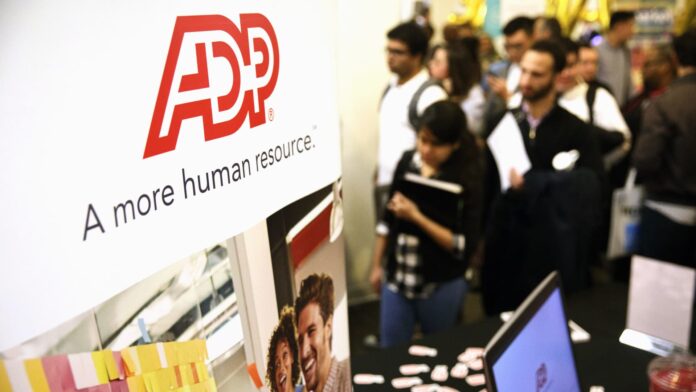 Dividends have become increasingly important to investors in the choppy stock market and executives know it, trumpeting their payouts during earnings calls. During a mixed corporate earnings season, executives of companies with stock dividends have used them to emphasize that they value shareholders even in the face of a tough broader economic outlook. Some have also pointed to the longevity or annual growth of their dividends to signal long-term company health in a year defined by challenges for much of corporate America. “If the board approves a dividend increase, this would be our 48th year of increasing dividends, which I think is a pretty elite group out there,” said ADP CEO Carlos Rodriguez. The data processor beat expectations on per-share earnings and revenue for its first quarter when reporting Oct. 26 . “I hope this doesn’t become an environment where for the next 10 years people are very focused on dividends because that has its own negative implications,” he said. “But if you look at over 50 years or 70 years or 100 years, dividends matter, right, and compounding growth of dividends matters a lot.” ‘Dividend aristocrat status’ ADP is not the only one looking to separate itself from the pack with its dividend status. Executives at Caterpillar , when reporting beats in its third-quarter earnings call Oct. 27, said the company paid about $600 million in dividends, “supporting our objective to be in the market on a more consistent basis.” Its stock ended last week up about 15.3%, which was its best weekly performance since July 2009. “We remain proud of our dividend aristocrat status,” said CEO Jim Umpleby. Others pointed to continued movement toward reaching goals on dividends for the year and beyond in their respective calls. Halliburton executives said when reporting Oct. 25 that the oil field servicer had already returned $1.3 billion of what would likely be a total of $1.5 billion and $1.9 billion in dividends and buybacks put together. The company, which beat expectations for its third-quarter, said it was meeting goals for returning cash to shareholders but now has even “greater flexibility” with investor returns given its “strong” quarter and outlook. Often discussed in conjunction with dividends, share repurchasing or buybacks happen when a company buys its own shares to take some out of the market, in turn lowering supply. Companies tend to buy their own shares when they have a reserve of cash to do so and see an upside for the stock, so a buyback can signal to investors that executives are willing to bet company money on strong future performance. Consumer goods company Newell Brands , which beat expectations for revenue and earnings per share when reporting Oct. 28, plans to maintain its dividend at “flat.” Meanwhile, some touted growth in dividends. Land-and-forest product producer Weyerhaeuser , which beat expectations on per-share earnings and was in-line on revenue when reporting Oct. 27, said it remained on track to grow its dividend by 5% annually through 2025. Biopharmaceutical company AbbVie executives said in its Oct. 28 call they would increase its quarterly cash dividend by 5% in February, noting that meant its quarterly cash dividend has grown 270% since the company was founded . The company beat expectations on per-share earnings while missing on revenue. It projected missing expectations on both metrics in the fourth quarter due to headwinds from foreign exchange. ‘A high priority’ Southwest Airlines is trying to once again be a dividend stock. Restrictions on dividends and share repurchasing from the Payroll Support Program, a federal pandemic support program for airlines, expired at the end of the Southwest’s third quarter, according to the airline’s Oct. 27 call. The airline beat expectations for per-share earnings and revenue, which hit a company record at $6.22 billion . It is expecting elevated demand to continue through at least the end of 2022 as travel surges coming out of the pandemic, but the airline said unit costs would also be up amid a pilot shortage that is limiting flying. “Obviously, we want to get back to our long-standing tradition of healthy shareholder returns. And we continue to be thoughtful in our capital allocation decisions,” said CFO Tammy Romo. “Clearly, we want to drive future growth and value.” “As we look ahead to December, we’ll discuss our 2023 plans with you in more detail, but I would just say that our capital allocation priorities really haven’t changed,” she added. “And as I said earlier, we have a long standing dividend history, so reinstating a dividend continues to be a high priority for us.”