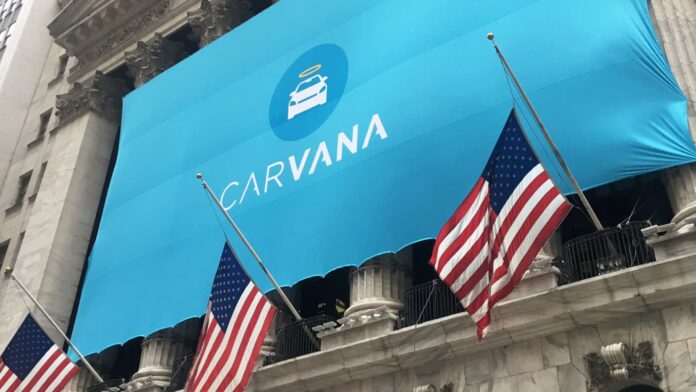 Shares of Carvana posted their worst day on record Friday after the company missed Wall Street’s top- and bottom-line expectations for the third quarter as the outlook for used cars falls from record demand, pricing and profits during the coronavirus pandemic.

Morgan Stanley on Friday pulled its rating and price target on Carvana. Analyst Adam Jonas cited deterioration in the used car market and a volatile funding environment for the change.

“While the company is continuing to pursue cost cutting actions, we believe a deterioration in the used car market combined with a volatile interest rate/funding environment (bonds trading at 20% yield) add material risk to the outlook, contributing to a wide range of outcomes (positive and negative),” he wrote in a note to investors Friday.

But rising interest rates, inflation and recessionary fears have led to less willingness by consumers to pay the record prices, leading to declines for Carvana and other used vehicle companies such as CarMax.

Large franchised new and used vehicle dealers such as Lithia Motors and AutoNation warned of softening in the used vehicle market when recently reporting their third-quarter results.

Carvana CEO and cofounder Ernie Garcia on a call Thursday described the next year as “a difficult one” for the company, citing a normalization of the used vehicle industry from its inflated levels and increasing interest rates, among other factors.

“Cars are an expensive, discretionary, often-financed purchase that inflated much more than other goods in the economy over the last couple years and it is clearly having an impact on people’s purchasing decisions,” he said.

Garcia described the end of the third quarter as the “most unaffordable point ever” for customers who finance a vehicle purchase.

Nearly all aspects of the Carvana’s operations declined from a year earlier during the third quarter, including a 31% decrease in gross profit to $359 million. Its retail units sold declined 8% compared with the third quarter of 2021 to 102,570 vehicles, while gross profit per unit — a highly watched metric by investors — declined by more than $1,100 to $3,500.

Carvana posted a wider-than-expected loss of $2.67 per share. Revenue also came in below expectations at $3.39 billion, compared with estimates of $3.71 billion, according to Refinitiv.