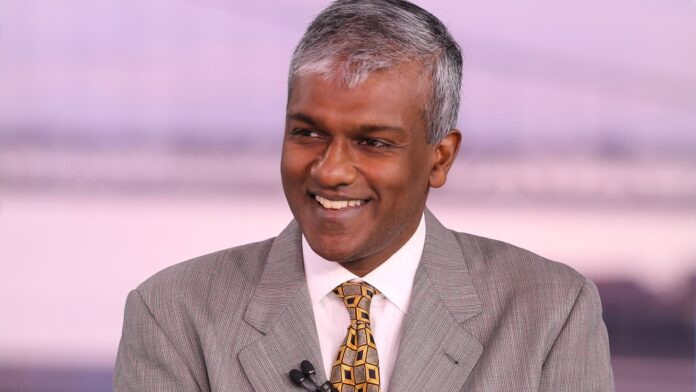 Hedge fund manager Dan Niles said Monday that he dumped a number of internet and megacap tech stocks going into earnings this week. “What you saw on Friday was really much worse results coming out of that market than anybody anticipated,” Niles said in a CNBC ” Closing Bell ” interview. “This is going to be an ugly week for fundamentals and potentially stock prices as well.” The investor revealed he sold many of his internet holdings — including Amazon — following Snap ‘s disappointing quarterly results. Shares of Snap plunged a whopping 39% on Friday after the company’s results missed analyst expectations. Snap also said it plans to slow hiring. Snap attributed its results to a challenging economy, slowing demand for its online platform, Apple’s 2021 iOS updates and competition from companies such as TikTok. The founder and senior portfolio manager of the Satori Fund said he covered a few shorts in the internet advertising industry, adding that he still has more shorts than longs in the space right now. Niles also said he is short Microsoft. Niles said he believes the need for cloud services might go down in this post-pandemic world, as people spend more time offline. “People are going outside. They are going to concerts and getting on airplanes, etc. [We’re] seeing Netflix lose subscribers for two quarters in a row,” Niles said. “That spending is now moving back into the real world to some degree.” Investors are bracing for the biggest week of tech earnings. Alphabet and Microsoft report on Tuesday, while Amazon and Apple are set to post numbers after the bell on Thursday.

Barclays sees buying opportunity in these stocks, including one that could roughly double