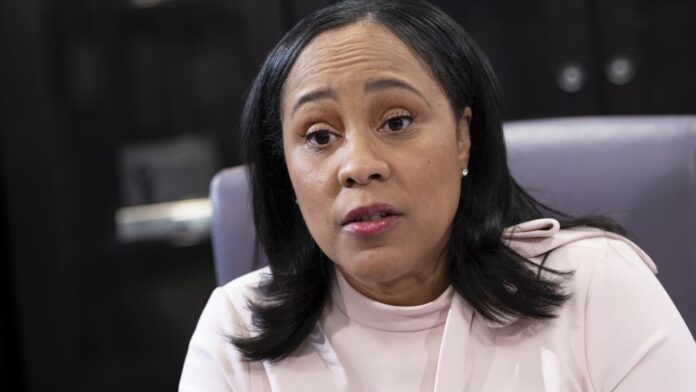 In the same order, Fulton County Judge Robert McBurney also denied a motion by 11 other Trump electors who sought to quash grand jury subpoenas to them issued at the behest of county District Attorney Fani Willis.

Willis may continue to investigate those individuals — and Trump himself — for possible criminal meddling in Georgia’s 2020 election.

But McBurney’s order as it relates to Jones, the Republican nominee for lieutenant governor, is an embarrassing loss for Willis, whose investigation is considered the biggest threat to Trump in terms of potential criminal liability.

McBurney’s ruling bars Willis and her special prosecution team from issuing a subpoena to Jones, from categorizing him as a subject or target of the grand jury probe and from asking the grand jury to include any recommendation about him in its final report.

Willis’ office will be allowed to ask witnesses about Jones’ involvement in efforts to cast doubt on the 2020 election results.

But she may not use such evidence to develop a criminal case against him, if one is warranted, the judge ruled.

Instead, that decision will be left up to a different prosecutor’s office, as selected by the state’s attorney general, McBurney ordered.

“An investigation of this significance, garnering the public attention it necessarily does and touching so many political nerves in our society, cannot be burdened by legitimate doubts about the District Attorney’s motives,” McBurney wrote in his order.

“The District Attorney does not have to be apolitical, but her investigations do,” the judge added.

Willis and the grand jury in Atlanta are eyeing efforts by Trump, his lawyers and other allies to get Georgia officials to overturn President Joe Biden‘s popular election win in that state.

Because the president won Georgia, a slate of Biden electors for the Electoral College won the right to cast ballots for him in that body, which under the U.S. Constitution determines the winner of the national presidential election.

After the 2020 election, people who claimed to be electors for Trump in seven battleground states that he lost to Biden submitted certificates to the National Archives, setting the stage for a possible legal dispute over which slate of electors would be chosen to cast ballots.

And Trump in early January 2021 pressured Georgia’s secretary of state to “find” him enough votes in the popular election to reverse Biden’s win, which would in turn mean that Trump would be able to argue he was entitled to the state’s Electoral College delegates.

Last week, Willis’ office said in a court filing that the DA had notified all 16 of the false electors in Georgia that they were targets of her criminal investigation.

Eleven of the electors filed a motion to quash subpoenas seeking their testimony from the special grand jury that is gathering evidence in the probe. Jones filed a motion to disqualify Willis from investigating him because of her support for his opponent in the 2022 midterm election.

McBurney in his order Monday said that Willis was “within her rights as an elected official” to host a June 14 fundraiser for the Democratic nominee for lieutenant governor, Charlie Bailey, who won a runoff in the party’s primary a week after that event.

But “this choice … has consequences,” McBurney wrote.

“She has bestowed her office’s imprimatur upon Senator Jones’s opponent. And since then, she has publicly (in her pleadings) labeled Senator Jones a ‘target’ of the grand jury’s investigation,” the judge wrote.

“This scenario creates plain — and actual and untenable — conflict. Any decision the District Attorney makes about Senator Jones in connection with the grand jury investigation is necessarily infected by it.”

Share
Facebook
Twitter
Pinterest
WhatsApp
Previous articleCompanies are set to pay a record amount of dividends this year. How to play it
Next articleDan Niles dumps internet stocks ahead of an ‘ugly’ week of earnings
RELATED ARTICLES
Politics