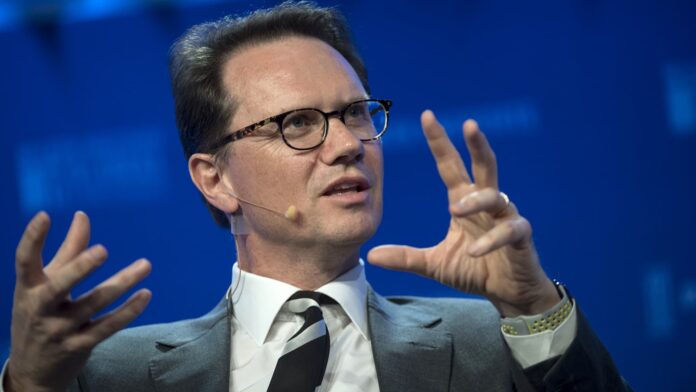 Rice didn’t know the firing was coming, according to a person with knowledge of the matter.

It was not immediately clear what led to Rice’s sudden departure from the company.

Rice has clashed with Disney executives, including former Disney head of streaming Kevin Mayer, about organizational powers, such as who controlled the ability to greenlight shows. While generally well-liked personally, he’s irritated some coworkers at Disney for monopolizing information rather than sharing it with coworkers – a style that may have worked at Fox but was ill-fitting at Disney, according to a person familiar with the matter.

Still, Rice supported Chapek’s organizational changes, which gave him back the power to have direct conversations with Hollywood talent about whether or not Disney would choose their work, another person said.

One source told CNBC that Rice was seen as a possible candidate to succeed CEO Bob Chapek as Disney’s chief executive. Rice is well-like and respected in Hollywood, and his ouster is “unheard of” and “sizeable,” the source said.

His contract was re-upped in August 2021 and set to run through 2024. Rice was given an undisclosed payout, a source familiar with the matter said.

Rice has more than three decades of experience in the entertainment industry and rose up through the ranks at 21th Century Fox. When the company’s sale to Disney was finalized in 2019, Rice joined Disney’s team. Dana Walden, who also made the transition from Fox to Disney, will take over his duties.

Disney confirmed the elevation of Walden, effective immediately. Rice did not immediately respond to CNBC’s request for comment.

The firing comes as Disney is aggressively working to expand its streaming audience. Rice oversaw 20th Television, ABC Entertainment, ABC News and FX, among other brands.

Disney’s board expressed support for Chapek, who delivered the news to Rice earlier this week.

“The strength of the Walt Disney Company’s businesses coming out of the pandemic is a testament to Bob’s leadership and vision for the company’s future,” Susan Arnold, chairwoman of Disney’s board, said in a statement. “In this important time of business growth and transformation, we are committed to keeping Disney on the successful path it is on today, and Bob and his leadership team have the support and confidence of the board.”