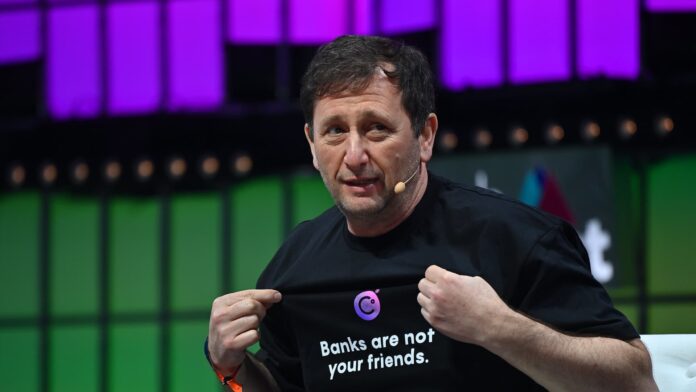 Celsius on Thursday was sued by former investment manager Jason Stone, as pressure continues to mount on the firm amid a crash in cryptocurrency prices. Stone has alleged, among other things, that Celsius CEO Alex Mashinsky (above) was “able to enrich himself considerably.”

Crypto company Celsius is in the process of filing for Chapter 11 bankruptcy, according to a source familiar with those discussions.

The company’s lawyers were notifying individual U.S. state regulators as of Wednesday evening, according to the source, who asked not to be named because the proceedings were private. Celsius plans to file the paperwork “imminently,” the person said.

“Unfortunately, this was expected. It was anticipated. It does not, however, stop our investigations. We will continue investigating the company and working to protect its clients, even through its insolvency,” Joseph Rotunda, director of enforcement at the Texas State Securities Board, said of the Celsius bankruptcy filing.

Celsius did not immediately respond to CNBC’s request for comment.

The company was one of the largest players in the crypto lending space with more than $8 billion in loans to clients, and almost $12 billion in assets under management as of May. Celsius said it had 1.7 million customers as of June and was competing with its interest-bearing accounts and yields as high as 17%.

The firm would lend customers’ crypto out to counterparties willing to pay a sky-high interest rate to borrow it. Celsius would then split some of that revenue with users. But the structure came crashing down amid a liquidity crunch in the industry.

The company was sued last week by a former investment manager who alleged Celsius failed to hedge risk, artificially inflated the price of its own digital coin, and engaged in activities that amounted to fraud.

Six state regulators have already launched investigations into Celsius. Vermont became the latest to do so earlier on Wednesday. The state’s Department of Financial Regulation said Celsius “deployed customer assets in a variety of risky and illiquid investments, trading, and lending activities.”

“Celsius customers did not receive critical disclosures about its financial condition, investing activities, risk factors, and ability to repay its obligations to depositors and other creditors,” the Vermont regulator said in a statement. “The company’s assets and investments are probably inadequate to cover its outstanding obligations.”