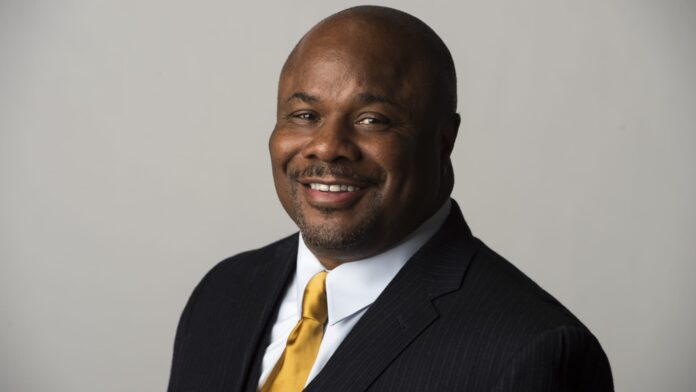 Dave Roberts is a creature of habit.

The ESPN executive, who has emerged as an influential force behind the scenes at the network, prefers to take business meetings at the Four Seasons, for instance.

In 2015, sports media personality and regular ESPN panelist Bomani Jones was in Los Angeles to attend the network’s ESPY Awards ceremony and planned to meet with Roberts. According to Jones, Roberts initially agreed to meet him at his hotel. Instead, Roberts arrived in a cab, called him and said, according to Jones, “Man, let’s go to the Four Seasons!”

“Dave likes the Four Seasons because it works, and it’s proven,” Jones said.

Told of the story, Roberts said to CNBC, “I like certain routines.”

Another routine: He starts every day on a treadmill around 4:30 a.m. It’s an important habit, but not just for him. That’s where he contemplates what sports fans will be watching throughout the day on Disney-owned sports network ESPN.

“The editorial optics,” Roberts said. “The time on that treadmill allows me to think.”

Roberts, who rose steadily through ESPN’s ranks over nearly two decades, is the network’s head of studio programming. He will have a major say in how the NBA Finals, which start Thursday night, will be broadcast on sister network ABC but led by ESPN talent both behind and in front of the camera. This has been Roberts’ first season overseeing NBA programming.

The finals matchup should draw a big audience. The Jayson Tatum-led Boston Celtics, one of the NBA’s classic franchises, are taking on Stephen Curry’s Golden State Warriors, who are seeking to reestablish their dynasty of the 2010s.

Roberts said ESPN has a “comprehensive plan” for the NBA Finals. It includes Snapchat, where Roberts said 1.4 million people daily watch ESPN content, and deploying the network’s “different group of talent,” including Stephen A. Smith.

Roberts’ description didn’t sound like anything unusual, fitting his creature of habit label. But over the long term, he has a more significant challenge. Roberts wants to use ESPN as a model to improve diversity and change the landscape of industry hiring practices. ESPN has faced criticism over how it has handled diversity issues and racial controversies, prompting the network president, Jimmy Pitaro, to defend the company’s track record.

Roberts, for his part, said he thinks building on diversity efforts could be a way of meeting Pitaro’s goal of growing the network’s audience – and revenue.

“You cannot serve any market if you don’t have quality diversity in every area of an organization,” Roberts said.

Who is Dave Roberts?

Roberts is responsible for studio shows including “SportsCenter,” “Get Up,” “First Take,” “Around the Horn” and “Pardon the Interruption,” as well as NBA programming. He reports directly to Pitaro.

The average fan doesn’t know Roberts, and he likes it that way. He even declined to provide his age during an interview with CNBC days before the finals would begin.

But he’s known where it counts.

“The people in the business know who he is,” said longtime sports journalist and Fox Sports radio host Rob Parker. “A guy that has insight and power. A guy who gets it.”

Roberts grew up in Detroit. At age 11, he started wanting to be a TV reporter. According to his ESPN profile, he graduated from Wayne State University with a degree in mass communications before starting his career at a local Detroit TV station in 1978.

Juan Toscano-Anderson #95 of the Golden State Warriors drives to the basket during the game against the Boston Celtics on MARCH 16, 2022 at Chase Center in San Francisco, California.

In 1982, Roberts said, he took advice and switched to TV management. There, Roberts figured, he could have influence. “Once I made that move in my career,” Roberts said, “I’ve been in a position where I can really impact what really mattered to me most.”

Roberts joined ESPN in 2004 as a coordinating producer, and rose through the ranks to oversee the ESPN radio division in 2018.

Now a bigger figure in ESPN’s management, his job is to grow revenue and attract a younger audience. ESPN says viewers watched 20 billion minutes around its NBA programming in the first season under Roberts. That’s up from 17 billion minutes during the NBA’s 2020-21 regular season.

Roberts is also tasked with growing ESPN+, which had more than 21 million subscribers as of February 2022. ESPN is betting exclusive content, including a “reimagined” version of trivia show “SportsNation” and a new NBA-focused streaming show, will help attract subscribers.

“In this business,” said Roberts, “it’s about ratings and revenue.” He added that Pitaro has made it “real clear to all of us that audience expansion and growth” is a top priority.

Roberts believes increasing diversity is a crucial part of his job.

He said wants to see more people of color in prominent roles – more producers, more executives. The product, he said, “will take care of itself.”

“The time for excuses on why you can’t diversify your workforce and put African Americans and other persons of color in decision-making roles must end,” Roberts said. “There can’t be any more excuses.”

His concern about diversity and fair treatment in the workplace comes from the discrimination he said he experienced in 1978. At the time, he was working at the National Bank of Detroit to pay for college.

Roberts filed a class-action lawsuit alleging racial discrimination within the bank’s hiring and promotion practices. He said he noticed the inequality after seeing most of the Black employees at the bank working on floors occupied by the lowest-paid positions.

The lawsuit grew to more than 40 people and was eventually settled in February 1982 for $250,000. But it still fuels Roberts’ desire to “open doors” and achieve “real diversity.”

ESPN addresses diversity concerns with “much more than just lip service,” Roberts said. He also praised Pitaro for frequently discussing diversity in meetings and inquiring about “the makeup of people working on shows.”

Roberts pointed to the diversity on shows such as “First Take” and “NBA Countdown.” Female viewership has increased, too, he said.

The time for excuses on why you can’t diversify your workforce and put African Americans and other persons of color in decision-making roles must end.

Jones said the changes are noticeable.

“When you put something under his purview, chances are it will become much more diverse,” Jones said – but “not at the expense of the bottom line.”

Roberts has had to deal with his share of controversy at ESPN, as well. He had input in the decision to part ways with former ESPN host Rachel Nichols, who is white, in August after she made controversial comments about then ESPN host Maria Taylor, who is Black.

In December 2020, Roberts also had a significant voice in replacing anchor Sage Steele with Elle Duncan on ESPN’s evening “SportsCenter” edition. The network said that switch was due to “providing new opportunities.” Before that, Roberts’ favored canceling “SC6,” also known as “The Six,” a revamped version of “SportsCenter” that featured former ESPN hosts Michael Smith and Jemele Hill. (Taylor and Smith are now with NBC Sports.)

And that decision accompanies its own controversy. In 2018, Roberts was accused of saying “SC6″ was “too black,” which the network denied. In the interview with CNBC, Roberts didn’t discuss specifics about why he favored overhauling those shows but called the moves “tough decisions.”

He added, that people need to “understand that once you get these responsibilities, you have to deliver the results. That includes me.”

Jones, who also had an ESPN program canceled, offered his take on Roberts’ management approach.

“If he’s on board with what you’re doing, he’s going to push it and support it,” Jones said. But if results don’t follow, Jones added, “chances are he’s going to find something else.”

There could be more changes on the way under Roberts’ watch, too. While ESPN wouldn’t attempt to mimic Turner Sports’ more freewheeling NBA shows, Roberts said, ESPN’s NBA programming wouldn’t get complacent either.

“Every day,” Roberts said, “you have to look for more ways to be creative and innovative.” He added, “You constantly have to be nimble and ready to make course corrections if necessary.”

Maybe he isn’t such a creature of habit, after all.

“It doesn’t mean that you’re a creature of habit in everything you do or think,” Roberts said. “If that were the case, I would still be trying to be a reporter somewhere.”

HBO renews ‘House of the Dragon’ for season 2