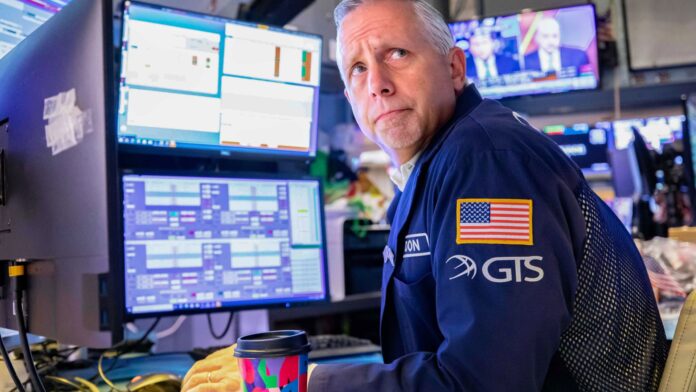 The Federal Reserve’s signal that it may risk a recession in its inflation fight prompted Evercore ISI to slash its market forecast Thursday. The Wall Street firm cut its year-end S & P 500 target to 3,975 from 4,200. The new target is still about 5% higher than Wednesday’s close of 3,789.93 but would represent a 16% decline for 2022. “Stocks’ reaction to the FOMC reflects that a rising probability of recession requires further discounting,” Evercore’s Julian Emanuel said in a note to clients. “Chair Powell, to the market’s obvious dismay, outdid Jackson Hole’s abject, ‘drop the mic’ hawkishness on Wednesday. Hard to believe, but he did.” The central bank’s Federal Open Market Committee on Wednesday raised benchmark interest rates by another three-quarters of a percentage point to a range of 3%-3.25%, the highest since early 2008. The Fed also signaled that it will raise rates as high as 4.6% in 2023 before ending its inflation battle. The central bank believes that aggressive rate hikes are poised to slow down the economy. The Summary of Economic Projections from the Fed showed the unemployment rate is estimated to rise to 4.4% by next year from its current 3.7%. Meanwhile, GDP growth is forecast to slump to just 0.2% for 2022. “The Fed’s projection of unemployment in 2023 is 4.4%, up from July’s 3.5%. Such a rise in unemployment has a near unblemished record of leading to a recession in short order,” Emanuel said. — CNBC’s Michael Bloom contributed to this report.

Netflix is losing the streaming war amid Disney+’s rapid growth

Elon Musk had a bad week at Tesla, SpaceX and Twitter