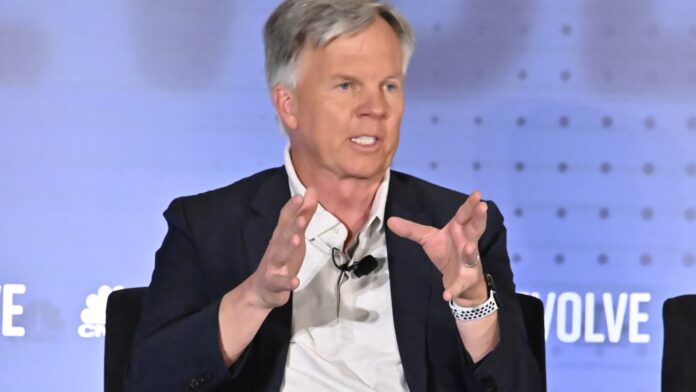 Ron Johnson during a panel discussion at the CNBC Evolve New York event on June 19, 2019.

The company’s liquidity has dwindled while its business has suffered from staffing shortages. Enjoy, which operates mobile retail stores, went public in October through a merger with a special purpose acquisition company, or SPAC.

Enjoy said in a filing that it plans to sell its assets in the United States to the technology repair company Asurion.

Asurion has agreed to provide $55 million of financing so that Enjoy can continue to operate as it reorganizes in bankruptcy protection from creditors, the filing said. Enjoy expects Asurion’s bid will be sufficient to pay all of its secured and unsecured creditors.

Enjoy and Asurion didn’t immediately respond to requests for comment.

Johnson, who is also CEO of Enjoy, founded the company in 2014. He is best known for helping to create Apple’s retail business and for trying to turn around the J.C. Penney department store chain, albeit unsuccessfully. He was there from 2011 to 2013, a period in which his strategy alienated the retailer’s core customers.

Last year, amid a frenzy of SPAC deals, Enjoy went public through a merger with the blank check company Marquee Raine Acquisition Corp. At the time, the transaction valued the combined business at an enterprise value of roughly $1.2 billion.

But more recently, Enjoy was hurt partly as SPAC investors started to take back their money and the business was left with less cash, court filings show.

Enjoy lists only $523,000 in cash on hand. The company said it has already begun laying off about 400 U.K.-based employees, or roughly 18% of its total workforce.

Enjoy counted venture capital firms including Kleiner Perkins and Andreessen Horowitz as initial backers. The business started to evaluate strategic alternatives this past spring, according to the filing.

Its shares, which trade under 20 cents apiece, are down more than 96% this year, including Thursday’s losses.

Euro zone inflation hits another record of 9.1% as food and energy prices soar