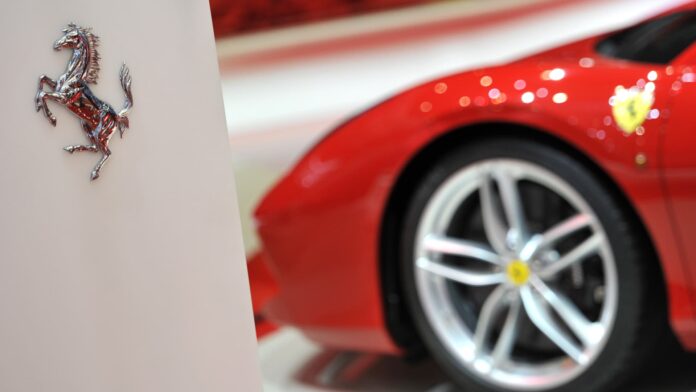 A Ferrari photographed in Switzerland on March 2, 2015. The Italian company plans to launch a fully electric vehicle in 2025.

The CEO of Ferrari on Tuesday moved to allay fears the firm’s upcoming electric offering will compromise on performance, telling CNBC the luxury carmaker had a “deep understanding” of vehicle dynamics.

In an interview with CNBC’s Joumanna Bercetche, Benedetto Vigna was asked about the weight of batteries used in an EV, and if an electric model would be able to preserve the feel, power and aerodynamics of a Ferrari.

“In terms of drive, in terms of … vehicle dynamics, we can manage this additional weight,” he said.

“It’s true, we have a few 100 kilos more than a regular ICE car for the same kind of horsepower, but what really … reassures me is the fact that we have [a] deep understanding of the vehicle dynamics.”

“Consider today, a lot of cars have, more or less, access to the same electronic chips,” Vigna said.

“But we in Ferrari … the engineers in Ferrari, are able to provide something that is unique, that is distinctive.”

“So it’s a challenge,” he went on to state, “but we see it as an opportunity … to continue to make something unique.”

Ferrari plans to launch a fully electric car in 2025, although internal combustion engines are still set to play a significant role in its future.

On its plans for EVs, Ferrari says its battery cells are to be assembled in Maranello, Italy. “The handcrafted battery modules will be integrated into the chassis of cars in a process focused on reducing the weight of the vehicle,” it says.

All of the above comes at a time when major European economies are laying out plans to move away from road-based vehicles that use diesel and gasoline.

The U.K. wants to stop the sale of new diesel and gasoline cars and vans by 2030, for example. It will require, from 2035, all new cars and vans to have zero-tailpipe emissions.

Single-stock ETFs offer ways to bet on Tesla. What you need to know

Sleep easy this earnings season with these dependable and stable stocks