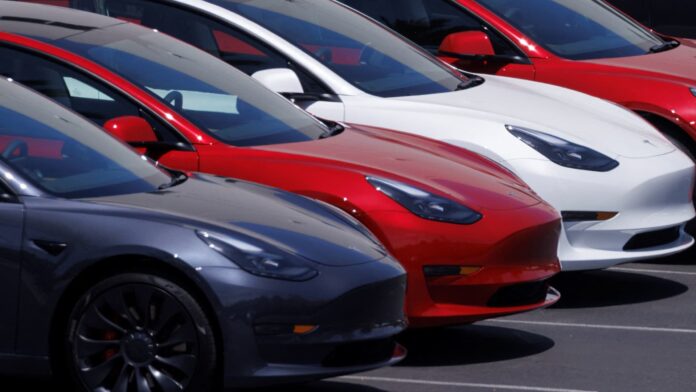 DETROIT – It’s the beginning of the end for Tesla’s dominance of the U.S. electric vehicle industry, according to Bank of America Securities. As startups and legacy automakers introduce a significant number of new electric vehicles, Tesla’s domestic share of the EV market is expected to decrease from 70% or more in recent years to around 11% in 2025, John Murphy, BofA’s lead automotive analyst, said Thursday. “That dominance that Tesla’s had in the EV market, particularly in the U.S., is done,” he said during an Automotive Press Association meeting. The forecast is consistent with other automotive research and forecasting firms that expect Tesla’s market share in the U.S. to continue to wane. Despite the amount of attention surrounding electric vehicles, Tesla’s current dominance is over a relatively small market. By 2025, Murphy said he expects EV sales will account for about 10% of the U.S. market. General Motors and Ford Motor are expected to gain the most EV market share by then , Murphy said. Each Detroit automaker is expected to have market shares approaching 15% by then, up from around 6% each, he said. His conclusion is based largely on BofA’s annual Car Wars study, which assess an automaker’s performance based on new and redesigned vehicle launches. The study is now in its 25 th year for BofA Securities. Murphy said Tesla CEO Elon Musk could have “shut the door” on the traditional automotive industry regarding EVs by raising significant more capital when he had the chance to move faster to increase production and the company’s number of vehicles. “It was a big miss on his part,” Murphy said. “He’s introducing product at a slower rate, doesn’t have a full portfolio, so there’s huge opportunity for those other manufacturers to shoot the gap and catch up a bit.”