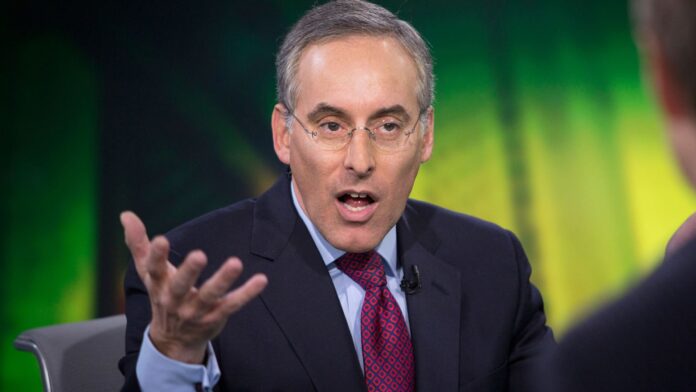 David Kostin, Goldman Sachs’ chief U.S. equity strategist, said that Wall Street is still expecting too-high profits next year. That could mean stock prices come down in turn. But there’s one main area where investors can take cover. “We have not yet seen any degradation – meaningful degradation – in the expected level of profits if you look out between now and sort of the end of next year,” he said on CNBC’s “Squawk on the Street .” “The risk is that earnings come down.” The market has traded entirely as a function of the rate market as equity valuations dropped from 21 times the price of earnings at the start of this year to 16 times recently, Kostin said. Sliding earnings could determine the health of the broader market going forward, he said. Though he is not forecasting a recession and still expects earnings growth of around 3% next year, he said there is the potential for a harder landing that brings a possible drop to earnings of about 11%. “That is the key message: That the idea of the forecast in the direction of the equity market between now and the end of this year and next year is really a function of earnings,” he said. Kostin recommended investors continue to look at energy, dismissing some arguments that the majority of gains have already materialized. So far, the sector is up 25.9% this quarter and 64.5% this year, according to FactSet. He said the sector is “earning” its way to higher profit levels. That contrasts other areas of the market, like Big Technology, that have not performed as strongly so far in third quarter earnings season. Kostin also emphasized energy’s commitment to returning cash to shareholders as the companies see these stronger profits through dividends and buybacks. He said this is an important factor to look at because companies that return cash to shareholders are more likely to outperform when the economy is tightening. He pointed to health care and consumer staples as other areas with a “more visible, less volatile trajectory of profits.” When looking at specific companies, he said to still focus on which are returning cash to shareholders. “Those are strategies that have traditionally done well,” Kostin said, pointing specifically to dividends. “Those are the sectors that have benefitted – that will be benefitting – from that trajectory. In fact, that has been the case so far.”