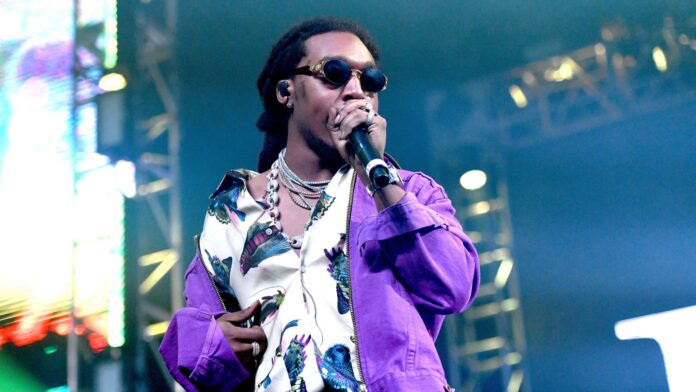 Takeoff, a member of the Atlanta-based hip-hop trio Migos, died early Tuesday in a downtown Houston shooting, an attorney for the rapper confirmed.

“Takeoff was not only a brilliant musical artist with unlimited talent but also a uniquely kind and gentle soul. He will be greatly missed now and always,” said attorney Drew Findling in a statement to NBC.

The 28-year-old rapper, whose real name is Kirshnik Khari Ball, was fatally shot outside of a bowling alley where he and bandmate Quavo, 31, attended a private party.

Police responded to the shooting at 810 Billiards & Bowling shortly after 2:30 a.m. and once there, found one man dead from a gunshot wound to the head or neck, police said. A large crowd of 40 to 50 people were at the location when the shooting took place, NBC Houston affiliate KPRC reported, and two victims in unknown conditions were taken to nearby hospitals.

Security guards who were in the area heard the shooting but did not see who did it, a police spokesperson said. No arrests have been announced.

Takeoff was part of Migos along with Quavo and Offset. The rap group, founded in the Atlanta suburb of Lawrenceville in 2008, had four Top 10 hits on the Billboard Hot 100 including 2016’s Grammy-nominated “Bad and Boujee.” They released a trilogy of top-charting albums called “Culture,” “Culture II” and “Culture III.”

Earlier this month, Takeoff and Quavo debuted a new album “Only Built for Infinity Links,” without member Offset. Offset, who is married to rapper Cardi B, released a solo album in 2019.