Income-seeking investors should look at this energy subsector, experts say 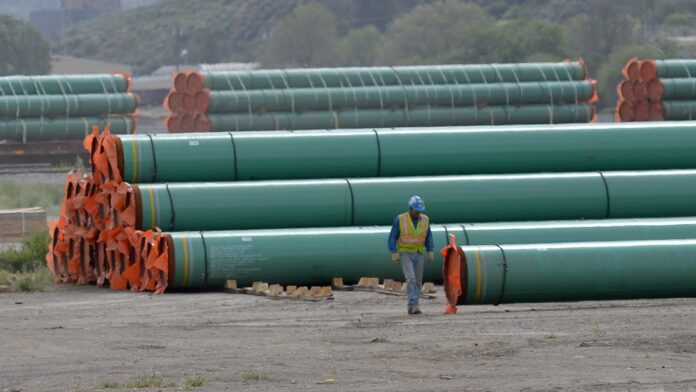 The energy sector has long been a place for income-seeking investors to turn given the group’s payout to shareholders. Within the current economic backdrop of decades-high inflation and mounting recessionary concerns, experts say investors should focus on one area in particular: pipeline companies. “People still like the energy sector … but they want to be a little more defensive about it,” said Rohan Reddy, director of research at Global X ETFs. He said the midstream companies look attractive right now since they aren’t quite as levered to oil and gas prices. Their customers — including exploration and production companies — are in good shape following a boom in commodity prices, which provides a cushion of sorts for the midstream names. For many months the energy sector was the lone bright spot in a turbulent market. But recently the group’s gotten hit by a downturn in the broader market. The Federal Reserve has taken an aggressive approach to raising interest rates in an effort to combat inflation, which is at the highest rate in 40 years. There are growing fears that rapidly rising rates will wind up tipping the economy into a recession. If that happens, energy consumption — and prices — could fall. The S & P energy sector is now in bear market territory, tumbling roughly 23% since hitting a multiyear high on June 8. Still, the sector remains the only group in the green for 2022, registering a gain of 27%. Some of the recent selling is likely thanks to that very outperformance — investors have exited winning trades in order to cover losses elsewhere in the market. Commodity prices have also pulled back from their recent highs. West Texas Intermediate crude , the U.S. oil benchmark, tumbled more than 8% to trade around $95 per barrel Tuesday. The contract is coming off its third negative week in the last four. In March WTI spiked above $130 — the highest price since 2008 — as Russia’s invasion of Ukraine sent energy markets spinning. Pipeline companies aren’t as levered to commodity prices as their upstream counterparts. These midstream players are sometimes described as toll companies. They get paid a fee for storage and transport of oil, natural gas and other liquids. They typically get paid by volume. “The pipelines are a play on usage, and thus have limited (albeit varying) direct exposure to elevated oil and gas prices,” said Jenny Harrington, chief executive officer at Gilman Hill Asset Management. “Company to company their exposures and mix vary a bit,” she added, noting that demand destruction from elevated commodity prices could lead to softer flows. Still, she said the group’s dividends are high and safe. And unlike some upstream players, they don’t typically use variable dividends. Two of the names Harrington likes are Kinder Morgan and Williams Companies . The former is focused on natural gas, and so has a “more secure long-term volume story than their crude dominant peers,” said Harrington. The company’s operations in the Permian Basin also mean it’s at the center of a key U.S. energy source. Kinder Morgan yields 6.5%. Williams Companies has a similar story, except it operates in Haynesville and the Western U.S. The company carries a 5.4% yield. Some other key players in the industry, including Enterprise Products Partners and Magellan Midstream Partners are master limited partnerships. These tax-advantaged entities are required to pass along 90% of their income to investors. For investors specifically they also come with complicated K-1 tax forms. Global X’s Reddy said he likes this part of the energy space since pipeline companies will also benefit if the U.S. increased output. The Alerian MLP fund , which tracks the space, offers investors an 8.3% dividend. Magellan Midstream Partners, Plains All American Pipeline , Shell Midstream Partners and Energy Transfer all yield more than 8%. Enterprise Products Partners’ yield stands at 7.6%. High-yielding assets aren’t always a safe bet for investors. Sometimes a company’s dividend might be high because its stock price has dropped significantly. Additionally, dividends can be cut during times of hardship. Some oil and gas companies slashed their dividends during the pandemic when demand for petroleum products dried up, briefly sending WTI into negative territory. If MLPs were once considered a risky bet, the narrative has shifted recently, Reddy said. Higher oil prices and disciplined production plans means energy companies are flush with cash. In other words, their dividends are supported. “Even if there is somewhat of a downturn, we don’t necessarily see the dividends being at risk. … A lot of that is due to some of the planning that’s happened in the last few years,” he said.