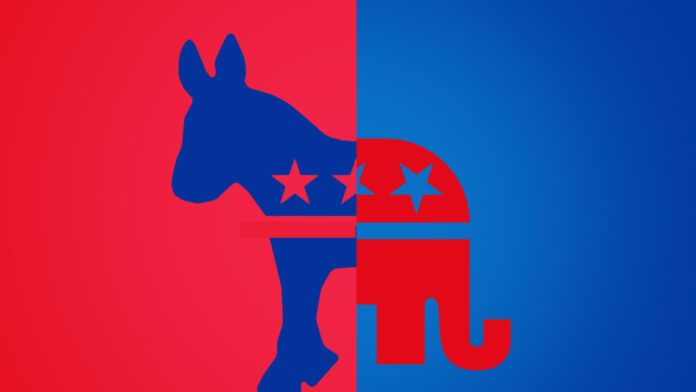 A study by the Pew Research center found that 61% of U.S. adults today find the Republican Party unfavorable, while 57% shared the same sentiment toward the Democratic Party. About a quarter of Americans say they have an unfavorable view of both major parties, a considerable jump from just 6% in 1994.

Some experts suggest that the two-party system could be blamed for the political polarization we find in America.

“It’s a two-party system and you have to pick one side or the other,” said Lee Drutman, a senior fellow at New America. “If we are in a situation in which one party believes that the other party winning the election would be so disastrous to the country that maybe we should intervene to prevent the other party from winning, then you don’t really have a democracy anymore.”

More than half — 56% of Americans — believe the current parties do such a poor job that a third major party is needed, according to a survey by Gallup. Indeed, minor parties are seeing an uptick in support and interest in recent years.

“We’ve seen a lot of support translate into grassroots support where people are not just checking a box every four years,” according to Angela McArdle, chair of the Libertarian National Committee, the third-largest political party in the U.S. “They’re actually wanting to get engaged and get involved at the local level and to really see individualism and freedom flourish in their own communities.”

Watch the video to find out more about why an increasing number of Americans would like the option of voting for a third party.