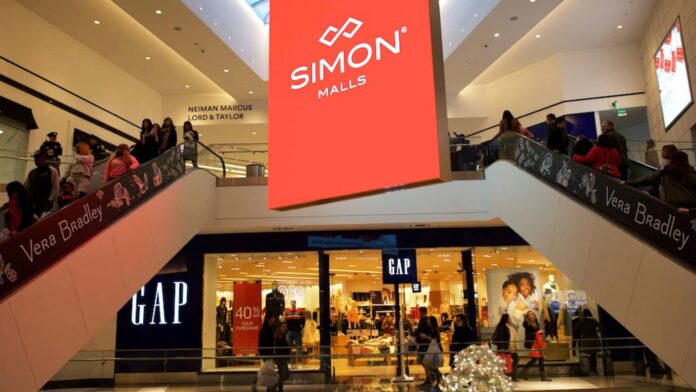 Simon Property Group would get hit during a downturn as consumers cut back on spending, according to Jefferies. Analyst Jonathan Petersen downgraded shares of Simon Property Group to hold from buy, saying in a Thursday note that the shopping mall real estate investment trust would struggle during a slowdown. “Malls are most exposed to discretionary consumer spending, facing greater challenges when the economy slows,” the note read. “While high-end consumers are still absorbing higher fuel, housing and food costs, low- and middle-income consumers are not, as last year’s government stimulus checks are no longer a backstop.” Jefferies also cut its price target on the stock to $100 from $160. It’s slightly higher than where shares closed Wednesday. Shares are down 39% this year, and Jefferies believes Simon Property Group will find it difficult to make back those losses. During a downturn, the company may find it challenging to handle rising costs, as it resets rents after seven years, and will deal with more store closures. “A slower economic environment reduces better retail operators’ store expansion plans and increases weaker retail operators’ store closures, weighing on occupancy and renewal spreads,” the note read. Shares of Simon Property Group dipped nearly 2% in Thursday premarket trading. —CNBC’s Michael Bloom contributed to this report.