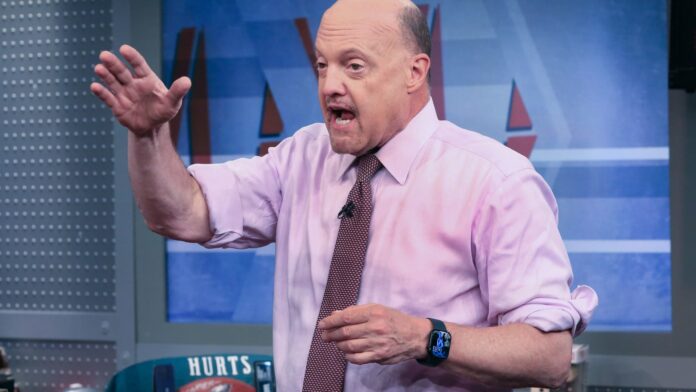 CNBC’s Jim Cramer on Monday said that most of the sellers have already left the market, which means that the turbulence in stocks could ease up.

“To me, this mad scramble to get out ahead of the negativity is a sign that the bad news … is mostly baked in,” he said.

“Everybody’s scrambling to get out of this market ahead of everybody else, but at this point, I think many people who were going to sell have already gone, which means we could get some pleasant surprises going forward,” he added.

The major indices fell Monday ahead of a jam-packed week of corporate earnings.

The “Mad Money” host said he has his eyes on the Consumer Price Index, Producer Price Index and retail sales numbers coming out this week.

“I think those figures will be too hot. … But I also expect some early signs of cooling,” he said.

“These data points are what everyone’s afraid of. And when everyone’s petrified, it tends to be a nonstory, with buyers coming in after the big bad event passes,” he added.

He also reviewed this week’s slate of earnings. All earnings and revenue estimates are courtesy of FactSet.

Cramer said he has faith the beverage giant will tell a good story since input costs including corn and aluminum are coming down in price.

Cramer said he likes JPMorgan Chase and Morgan Stanley ahead of their quarters.

“The value proposition is pretty compelling here, especially thanks to working from home,” he said.

Cramer said recently he’s only tuned into the company’s conference calls to check the pace of job creation.

At the stock’s current price, “there is little to lose with Wells Fargo and a lot more to gain,” he said.

There are better banks to own than Citi, according to Cramer.

Cramer said he likes BlackRock at its current price.

While he expects United Healthcare to turn out a great quarter, Cramer said he prefers Humana for the Charitable Trust.