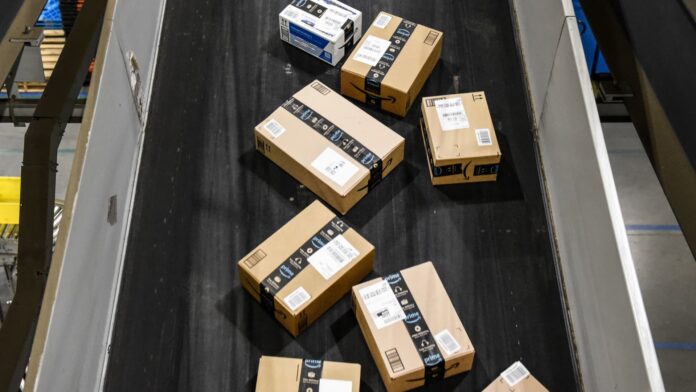 It’s been a rough year for internet stocks as they’ve been pulled down by the technology rout. The Technology Select Sector SPDR Fund is down more than 25% year to date, outpacing the S & P 500’s roughly 15% loss in the same period. The tech-heavy Nasdaq Composite has also lagged other indexes this year, shedding more than 29% so far. Still, some Wall Street analysts are bullish on some internet names. JPMorgan in particular sees five stocks as working well in the last few weeks of 2022 and heading into 2023. Amazon is the first stock on JPMorgan’s list as poised to perform well going forward. “Secular shift, favorable comps and increasing discipline position Amazon well into 2023,” analyst Doug Anmuth wrote in a note earlier this week. The firm sees a shift towards eCommerce and cloud computing growth as positive for Amazon, supporting the company’s future revenue growth. Anmuth projects 2023 revenue growing more than 15% on the year, led by a continued shift to online shopping and greater penetration in categories such as grocery, apparel and accessories, furniture and appliances. Cloud unit AWS and ads should support this growth, he said. Booking Holdings , the online travel company, is also on Anmuth’s list. He sees the company benefitting from a recovery tailwind in travel and thinks it has attractive margins, capital allocation and valuation. In the third quarter, gross bookings made with the company were well above 2019 levels, signaling a solid recovery, according to the note. Disciplined investments in new products and marketing, as well as a healthy share repurchase program, should help boost the stock price, said Anmuth. Ride-sharing platform Uber is also a top pick, given the resiliency of mobility and steady delivery traffic. “Mobility is showing resiliency to macro noise with October tracking to be the best month ever for Mobility Gross Bookings and more than 70% of new drivers reporting inflation as a reason for joining in 3Q,” said Anmuth. In addition, Uber has launched in France, Spain, Japan, Taiwan and Chile with more than 10 million new members in the third quarter. It also has a new partnership with Capital One that should help boost growth. — CNBC’s Michael Bloom contributed reporting.