HomeBusinessJPMorgan names its winning and losing global stocks for the rest of...
Business 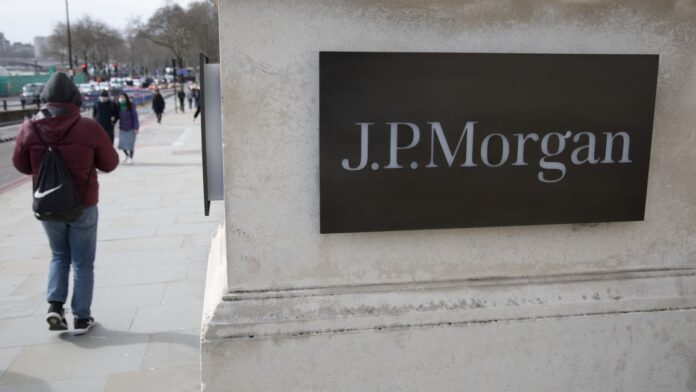 Analysts at JPMorgan have picked their likely winners and losers for the second half of 2022, naming stocks set to do well — or badly — when factors such as inflation, bond yields and oil prices are taken into account. The analysts identified several trends for the coming months after a volatile first half that has seen Russia invade Ukraine , rising inflation , and the Federal Reserve hiking interest rates , all of which have contributed to a market sell-off . JPMorgan expects inflation to peak and bond yields to steady, its analysts led by Mislav Matejka said in a June 6 research note. “The fundamental risk-reward for equities is likely improving as we approach 2H. On the policy side, we have potentially passed peak Fed hawkishness, for now, with a levelling off in bond yields, no further curve flattening of late, and USD is stalling. These are expected to be joined by a likely peak in inflation, on a yoy [year-over-year] change basis,” they stated. When it comes to sectors, JPMorgan is overweight energy, miners, banks, autos and travel, and it picked multiple stocks in several baskets. The bank identified “Beneficiaries vs Losers of rising inflation.” Beneficiary stocks included energy companies ENI and Repsol , auto firm Volvo , financial firms Credit Suisse and BNP Paribas and miners Glencore , Anglo American and Rio Tinto . Meanwhile, its “losers” when it comes to rising inflation included consumer goods companies Unilever and Diageo , as well as health care companies AstraZeneca and Novartis . Read more Adobe, an energy ETF and more: CNBC’s ‘Halftime Report’ traders answer your questions Why the market gets nervous whenever the 10-year Treasury yield hits 3% Ford tops the list of the cheapest stocks in the market right now JPMorgan also listed stocks it believes will likely to do well — and poorly — when bond yields rise. The yield on the benchmark 10-year Treasury note was at 3.0123% on Wednesday morning, having surpassed its highest level in almost a month on Monday. Beneficiaries, it said, included financial firms ING Group , Commerzbank , Societe Generale and Standard Chartered , while “bond yield losers” included utilities firms Severn Trent , SSE and United Utilities . The bank also sees further earnings growth in Europe and noted that all sectors aside from real estate are seeing net upward earnings-per-share (EPS) revisions — EPS is a measure that investors use to assess a company’s profitability. The bank added that there is unlikely to be a recession, even in Europe. “Financing conditions are tightening, but not all that much in a longer-term context. Labour markets are strong and [the] consumer still has a cushion of unspent savings,” its analysts stated. High-yield picks As well as its winning and losing baskets, JPMorgan picked 40 “high- and sustainable-yielding European stocks, with safe dividends and strong balance sheets.” These included automakers Stellantis and Mercedes-Benz , financial firms Aviva and Danske Bank , and industrials companies Maersk and Randstad . – CNBC’s Elliot Smith contributed to this report.

Analysts at JPMorgan have picked their likely winners and losers for the second half of 2022, naming stocks set to do well — or badly — when factors such as inflation, bond yields and oil prices are taken into account.

3 reasons why executives are leaving retailers from GameStop to Gap

HHS says physicians must provide abortions in medical emergencies, regardless of state law