HomeInvestingJPMorgan says investors are too worried about Apple, sees 40% rebound before...
Investing

JPMorgan says investors are too worried about Apple, sees 40% rebound before year-end 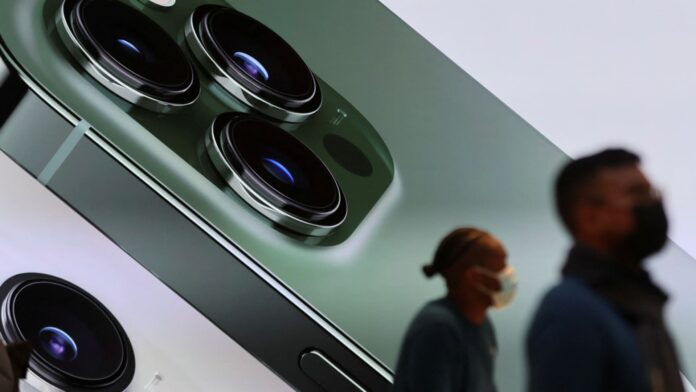 Apple may be dealing with lower consumer demand and growing FX challenges, but JPMorgan is “not as worried” about the tech company as investors. Analyst Samik Chatterjee reiterated an overweight rating on Apple, saying in a Friday note that the tech company will remain resilient and climb 40% this year, even amid slower demand for iPhones. “Contrary to popular investor sentiment and expectations of downside to estimates on account of slowdown of consumer spending and FX headwinds, we believe near-term estimates are instead resilient relative to the conservative guide already issued by the company on the last earnings call,” Chatterjee wrote. JPMorgan maintained a December price target of $200 on Apple. It implies 46% upside for Apple based on where shares closed Thursday. Apple shares are off by 23% so far in 2022. The analyst believes a better handle on supply, as well as Apple’s pricing power to pass on rising costs to consumers, will “more than offset” the challenges around falling demand and FX going into fiscal year 2024. “We see upside on several aspects of the business as well as financials that remain underappreciated by investors, namely the transformation of the company to Services, growth in the installed base, technology leadership, and optionality around capital deployment – all of which together lead us to expect double-digit earnings growth and a modest re-rating for the shares,” the note read. Apple shares dipped slightly in Friday premarket trading. —CNBC’s Michael Bloom contributed to this report.