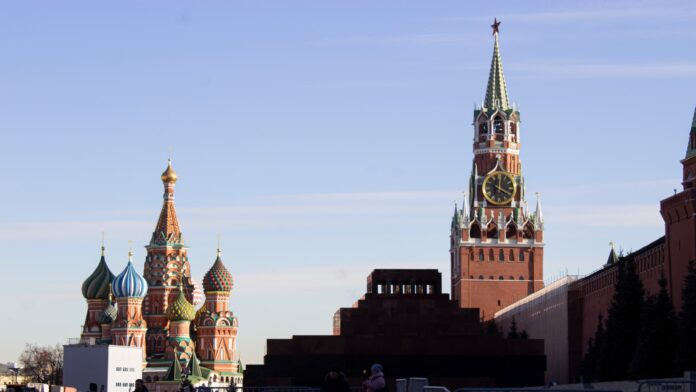 American basketball player Brittney Griner (pictured here at the Tokyo 2020 Olympic Games) was accused by Russian authorities of having cannabis oil in her luggage and smuggling the narcotic material, a crime that could draw a 10-year jail sentence.

American basketball player Brittney Griner, who has been detained in Russia since Feb. 17, arrived at a Moscow court for her trial. The Olympic gold medalist was accused by Russian authorities of having cannabis oil in her luggage and smuggling the narcotic material, a crime that could draw a 10-year jail sentence.

An iron curtain is ‘already descending’ between Russia and the West, Russia says

An iron curtain between Russia and the West is essentially already here, Russian Foreign Minister Sergei Lavrov said, describing the political and economic wall that has formed following Russia’s invasion of Ukraine.

“As far as an iron curtain is concerned, essentially it is already descending,” Lavrov said after talks with Belarus’s foreign minister, according to a translation by AFP.

Since early March and the imposition of numerous sanctions on Russia by the West, which cut off many travel, finance and business ties, many historians have invoked the so-called “iron curtain” in describing international relations.

The term was first popularized by former British Prime Minister Winston Churchill in 1946 to describe the political, military, and ideological barrier erected by the Soviet Union under Joseph Stalin to seal itself off from the West.

Biden says U.S. will stick with Ukraine for ‘as long as it takes’

U.S. President Joe Biden has pledged to support Ukraine for as long as necessary. He was speaking at the end of a NATO summit in Madrid that saw the alliance agree to massively ramp up its troop presence in eastern Europe.

Biden also announced a new $800 million military aid package for the country as the war enters its fifth month.

“Undoubtedly, the main word today is ‘Snake.’ Apparently, there was just as much talk about Zmiinyi (Snake) Island only on the day when the Russian ship arrived there. Then the ship left forever and now the island is free again,” Zelenskyy said via the Telegram messaging platform, according to an NBC News translation.

Ukrainian officials said earlier that Russian troops evacuated Snake Island, which was taken by Russian forces on the first day of the invasion. Russia’s Ministry of Defense also confirmed the withdrawal.

Trudeau says Canada will increase its troop presence in Latvia

Canada’s Prime Minister Justin Trudeau holds a press conference after the NATO Summit at the IFEMA Convention Center in Madrid, Spain on June 30, 2022.

Trudeau made the announcement at the close of the three-day NATO summit in Madrid. He did not give specific numbers.

“We will be bolstering our military deployment in Latvia and work with other allies to be able to rapidly augment our current strength to our combat capable brigade when required,” Trudeau said.

Trudeau said his government also wants to send up to 39 armored combat support vehicles to Ukraine along with six additional drone cameras to help fight the Russian invasion.

How ‘Stranger Things’ cinematographer made it to TV’s biggest show