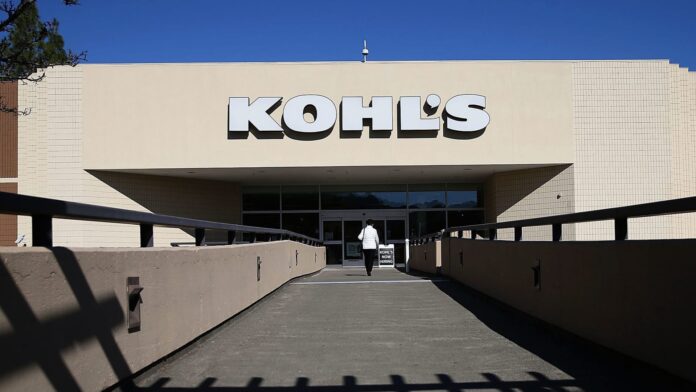 Kohl’s is terminating talks to sell its business to The Vitamin Shoppe owner Franchise Group, two people familiar with the matter told CNBC on Thursday.

The people requested anonymity because a decision from Kohl’s has not been publicly announced.

This decision from Kohl’s comes as its stock price slumps and its sales decline. It has faced months of pressure from activist investors to pursue a sale and shake up the business with a new slate of board directors. It wasn’t immediately clear what path Kohl’s would take next.

Financing such a deal has also become more difficult due to volatility in the stock market and broader economy, as the Federal Reserve jacks up interest rates to counter surging inflation. Walgreens Boots Alliance earlier this week scrapped its plan to sell its U.K. pharmacy chain, Boots, saying no third party was able to make an adequate offer due to turmoil in the global financial markets.

Franchise Group had been weighing lowering its bid for Kohl’s to closer to $50 per share from about $60, CNBC reported last week, citing a person familiar with the matter. The shift in thinking came as the outlook for the retail industry grew increasingly grim, the person said, as fears of a recession mounted.

Franchise Group in early June proposed a bid of $60 per share to acquire Kohl’s at a roughly $8 billion valuation. The two companies then entered an exclusive three-week window during which they can firm up any due diligence and final financing arrangements. That ran its course this past weekend.

Kohl’s earlier this year received a per-share offer of $64 from Starboard-backed Acacia Research, but it deemed the bid to be too low.

Activist firm Macellum Advisors has been pushing for Kohl’s to consider a sale or consider other strategic alternatives since January. Macellum was also arguing for Kohl’s to revamp its slate of directors, arguing the retailer, under Chief Executive Officer Michelle Gass, has underperformed in recent years compared with its peers.

Macellum didn’t immediately respond to a request for comment.

In mid-May, however, Kohl’s shareholders voted to reelect the company’s current slate of 13 board directors, thereby defeating Macellum’s proposal.

In recent weeks, the outlook for the retail industry has grown bleaker as consumers pull back their spending on certain discretionary categories, such as home goods and apparel, amid inflation and the threat of an economic slowdown.

High-end furniture chain RH on Wednesday cut its forecast for revenue in fiscal 2022, anticipating softer consumed demand for its products in the back half of the year. Bed Bath & Beyond saw its sales plummet in its most recent quarter and ousted its CEO.

Companies are also seeing inventories pile up as shipments of goods arrive later than planned, due to supply chain snags. Big-box retailer Target in early June warned investors that its profits will take a short-term hit, as it marks down unwanted items, cancels orders and takes aggressive steps to get rid of extra inventory.

Kohl’s sales for the three-month period ended April 30 fell to $3.72 billion from $3.89 billion in 2021. When it reported these figures in mid-May, the retailer also slashed its profit and revenue forecasts for the full fiscal year, further muddying the picture for a potential deal.