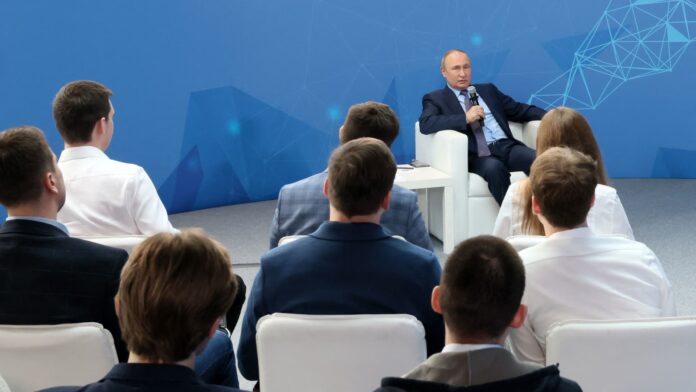 The ruined seaside city of Mariupol is at risk of a major cholera outbreak, according to the U.K.’s Ministry of Defense.

Russia is struggling to provide basic public services to the population in Russian-occupied territories, with the ruined seaside city of Mariupol at risk of a major cholera outbreak, according to the U.K.’s Ministry of Defense.

“Access to safe drinking water has been inconsistent, while major disruption to telephone and internet services continues. There is likely a critical shortage of medicines in Kherson, while Mariupol is at risk of a major cholera outbreak,” the ministry said via Twitter.

“Isolated cases of cholera have been reported since May. Ukraine suffered a major cholera epidemic in 1995, and has experienced minor outbreaks since, especially around the Azov Sea coast — which includes Mariupol,” it added. “Medical services in Mariupol are likely already near collapse: a major cholera outbreak in Mariupol will exacerbate this further.”

Zelenskyy says strategically important cities in the Donbas are holding on

President of Ukraine Volodymyr Zelenskyy visits the positions of Ukrainian troops in Bakhmut city and Lysychansk district, Ukraine, on June 5, 2022.

Ukraine’s President Volodymyr Zelenskyy has said the country’s forces are holding on to cities in the Donbas region despite sustained pressure from Russian troops.

The Donbas region refers to the Donetsk and Luhansk provinces in the easternmost part of Ukraine. It is a major strategic, political and economic target for the Kremlin.

“Frontlines situation for the day has not seen any significant changes. Sievierodonetsk, Lysychansk and other cities in Donbas, which the occupiers now consider key targets, are holding on,” Zelenskyy said in an evening address to the nation, according to a translation.

“We have a certain positive [development] in the Zaporizhia region, where it is possible to thwart the plans of the occupiers. We are gradually moving forward in the Kharkiv region, liberating our land. We keep defense in the Mykolaiv direction.”

Putin appears to hint at further invasions, compares himself to Peter the Great

Russian President Vladimir Putin has appeared to hint at further territorial expansion, in remarks likely to set off alarm bells.

“It’s impossible — do you understand? — impossible to build a fence around a country like Russia. And we do not intend to build that fence,” Putin said at a meeting with young entrepreneurs in Moscow, according to Sky News.

It came as the Russia leader compared himself to Peter the Great on the 350th anniversary of the czar’s birth. Putin sought to draw a parallel between the Kremlin’s raging onslaught in Ukraine and the former Russian monarch’s conquest of the Baltic coast during a war against Sweden in the 18th century.

“When he [Peter the Great] founded the new capital, none of the European countries recognized the territory as Russian. They all recognized it as Swedish territory. The Slavs together with the Finno-Ugric peoples had always lived there, moreover, this territory had been under the control of the Russian state. Same going towards the west — Narva and his first expeditions,” Putin said, according to a translation.

“Why did he go there? He went there to take it back and strengthen it, that’s what he was doing. Well, it seems it has also fallen to us to take back and strengthen [territories], and if we take these basic values as fundamental to our existence, we will prevail in solving the issues we are facing,” he added.

In April, Zelenskyy completed the first step in obtaining European Union membership for Ukraine by submitting a lengthy questionnaire.

The two leaders also discussed the latest developments on the ground and additional French security assistance for Ukraine, according to an Elysee Palace readout of the call.

A look at NATO air power and patrols near Ukraine

Since Russia’s late February invasion, the NATO alliance has placed approximately 30 military aircraft on patrol over the skies near Ukraine at all times.

“In order to deter any potential aggression against Allies, NATO is deploying an unprecedented mix of fighter jets, reconnaissance aircraft and support planes,” she added.

Here’s a look at the airpower the alliance deployed to the region:

Ukrainian troops hold the front line in the Donetsk region

Ukrainian soldiers hold the line in New York in the eastern Donetsk region.

A Ukrainian service member sits in a trench at a position on the front line, amid Russia’s attack on Ukraine, near the town of New York, Donetsk region, Ukraine June 9, 2022.

A Ukrainian service member shoots from a machine gun at a position on the front line, amid Russia’s attack on Ukraine, near the town of New York, Donetsk region, Ukraine June 9, 2022.

Ukrainian service members are seen at a position on the front line, amid Russia’s attack on Ukraine, near the town of New York, Donetsk region, Ukraine June 9, 2022.

A Ukrainian service member walks at a position on the front line, amid Russia’s attack on Ukraine, near the town of New York, Donetsk region, Ukraine June 9, 2022.

Why even more Americans are arming up with AR-15 guns

Best laptop for most people

5 things to know before the stock market opens Thursday, June 2