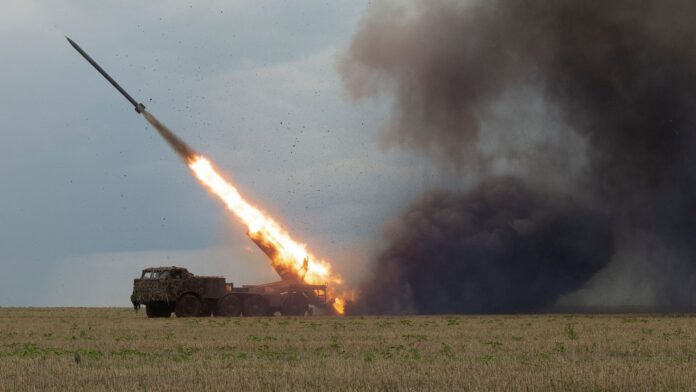 Ukraine’s Defense Ministry posted a list of Russian military personnel and equipment losses since the start of the war on Feb. 24, along with a quote from the late Queen Elizabeth II, who died on Sept. 8.

The quote, which was delivered in 1940 in a radio broadcast by Queen Elizabeth II to the children of the commonwealth when she was still a princess, read: “When peace comes, remember it will be for us, the children of today, to make the world of tomorrow a better and happier place.”

The ministry claimed that Russian forces had lost an additional 650 troops, bringing the total to 51,900 Russian troops killed since the start of the invasion. It also said that Russia had so far lost 2,122 tanks, 4,575 armored combat vehicles, 239 military jets, 211 helicopters, and 15 warships or boats.

CNBC could not independently verify the information.

More than 1,000 square km (386 square miles) of Ukrainian territory has been retaken from Russian forces, President Volodymyr Zelenskyy said, following a surprise counteroffensive in the Kharkiv region in the country’s northeast.

“Our heroes have already liberated dozens of settlements. And today this movement continued, there are new results,” Zelenskyy said in his nightly address.

“In total, more than a thousand square kilometers of our territory have been liberated since 1 September.”

He thanked his armed services and the soldiers involved in the operations, and also thanked the U.S. for its latest commitment of $675 million in military aid.

“Each of these steps of our partners has a real impact on the strength of our state and the whole of Europe in defense against Russian terror,” he said.

A. Russian serviceman guards an area of the Zaporizhzhia Nuclear Power Station in territory under Russian military control, southeastern Ukraine, May 1, 2022.

The head of Ukraine’s atomic energy operator accused Russia of trying to “steal” Europe’s largest nuclear plant by cutting it off from the Ukrainian electricity grid and leaving it on the brink of a radiation disaster.

The Zaporizhzhia Nuclear Power Plant has been without an outside source of electricity since Monday and receives power for its own safety systems from the only one of its six reactors that remains operational, Enerhoatom chief Petro Kotin told The Associated Press.

“We are trying to keep this unit running as much as possible, but eventually it will have to be shut down and then the station will switch to diesel generators,” he said, adding that such generators are “the station’s last defense before a radiation accident.”

A women shop for souvenirs in Budva, the main summer tourist destination Montenegro May 24, 2022.

Four European countries that border Russia will take regional steps this month to limit people from Russia from entering Europe’s visa-free zone by land because they “are increasingly concerned about the substantial and growing influx of Russian citizens.”

“We believe that this is becoming a serious threat to our public security and to the overall shared Schengen area,” Estonian Prime Minister Kaja Kallas said. “There are people coming with the aim of undermining the security of our countries.”

Poland and the three Baltic countries — Estonia, Latvia and Lithuania — have agreed on a common regional approach with the “political will and firm intention to introduce national temporary measures for Russian citizens holding EU visas.”

Such measures should take effect in each of the four countries by Sept. 19.

Convertible sales fall in U.S. amid popularity of EVs, SUVs

How ‘Anonymous’ and other hacking groups are aiding protests in Iran