HomeBusinessMedia executives say they can weather a recession
Business

Media executives say they can weather a recession 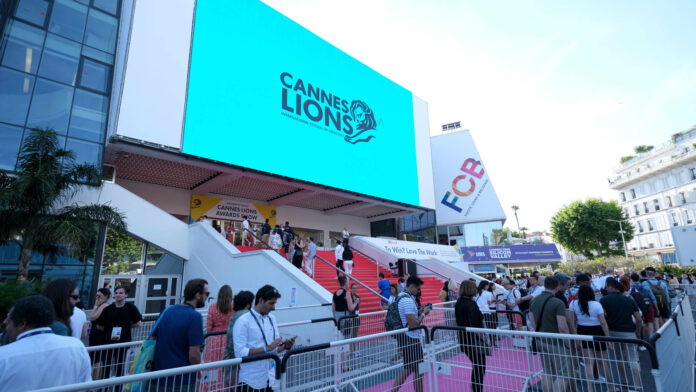 While media executives are meeting with advertising leaders this week over glasses of rose at the annual Cannes Lions International Festival of Creativity, they can’t help but talk about the disconnect between hanging out with celebrities on yachts and the creeping feeling that a recession is around the corner.

“It feels like a party here,” NBCUniversal CEO Jeff Shell said to CNBC’s Julia Boorstin from Cannes on Wednesday. “I don’t know if that’s because most of you are out for the first time in a long time or because we’re in the south of France in June, but no, it doesn’t feel like a down market.”

But Shell did acknowledge there are warning signs, albeit complicated ones. “The scatter market has weakened a little bit,” he said, referring to the real-time cost of TV commercials, rather than the preset “upfront” market. “It’s very complicated because there’s so many things going on.”

Macroeconomic downturns have historically led to a spike in layoffs throughout the media industry. With recession odds on the rise and executives preparing for an advertising revenue pullback in the second half of the year, media companies aren’t laying off people or furloughing employees — at least, not yet. Instead, industry leaders feel their companies are finally lean and balanced enough to weather an advertising downturn without sacrificing profit or contracting their businesses.

Jonah Peretti, founder and CEO of Buzzfeed; co-founder of the Huffington Post

“While an economic downturn may affect the media advertising market, we’re on track to achieve our business growth goals following a milestone year of profitability,” said Roger Lynch, CEO of Conde Nast. The company, which publishes The New Yorker and Vogue, turned a profit last year after many years of losing money.

Part of why smaller digital media companies feel prepared for a recession is they’ve already laid off hundreds of employees in the past few years, stemming from acquisitions and a desire to shed costs. BuzzFeed announced more layoffs just a few months ago.

Still, many digital media companies make the bulk of their money from advertising — Conde Nast and BuzzFeed included. And not everyone is optimistic that media companies are out of the woods. Since going public, BuzzFeed shares have fallen more than 80%. BuzzFeed took in $48.7 million in advertising revenue during the first quarter, about 53% of total sales.

If companies are looking to save money on marketing, there’s little they can do to avoid taking it on the chin, Graydon Carter, founder of subscription-based media company Air Mail and former longtime editor of Conde Nast’s Vanity Fair, said in an interview.

“If you are in the business of programmatic advertising, which most digital media companies are, you’ll suffer at some point when the economy turns. It’s simply out of your hands,” Carter said. “I think [a downturn] will be brutal and possibly long.”

The last three recessions – the 2020 Covid-19 pullback, the 2007-09 financial crisis and the 2001 dot-com bubble bust – have all led to job loss spikes among media companies, many of which have historically lacked the balance sheets to shrug off temporary downturns in advertising. While the media industry has contracted over the past two decades, 2001, 2008 and 2020 were the three biggest years for job losses, according to data from Challenger, Gray & Christmas.

It’s natural for executives to feel optimistic about their company’s prospects. But their sense of “this time will be different” isn’t without merit, said Alex Michael, co-head of Liontree Growth, which specializes in working with emerging media companies. This is especially true for smaller digital media companies, including newspaper and magazine owners, which have had diversify to subscriptions, e-commerce, events and other products to wean themselves off ad revenue.

“In the past, these businesses both didn’t have their models right and weren’t fully matured,” Michael said. “Now they’ve gone through waves of consolidation. There absolutely has been streamlining and optimization. Many of the remaining companies now have endemic audiences who will open their wallets in a bunch of different ways.”

How bad could it be?

There are mixed feelings among industry participants about how big of a pullback media companies may see in advertising revenue.

TikTok’s head of global business solutions, Blake Chandlee, said he’s heard there’s been about a 2% to 6% contraction in advertising spend so far, though he notes TikTok hasn’t seen it.

“I’ve talked to some other folks, and I think there are some other folks feeling it,” Chandlee said in an interview. “We’re not seeing the headwinds that others are seeing.”

Still, others are being cautious. Snap, the owner of Snapchat, said last month the “macroeconomic environment has deteriorated further and faster than anticipated,” causing its shares to fall 40% in a day. Meta and Twitter have instituted partial hiring freezes. Digital media companies Insider and Vice Media are reportedly slowing down hiring.

One digital media executive told CNBC while a smaller slowdown may have already happened, a 20% advertising revenue cutback by year-end isn’t out of the question.

Getting the model right

The key to weathering a recession is having a product that resonates with a specific audience, said Liontree Growth’s Michael. Digital media companies and magazines that have had too wide an aperture haven’t been able to compete during economic lulls because brands haven’t had passionate user bases.

“Advertisers have asked, what do you stand for?” said Michael. “What are they selling against?”

There’s also been a “loosening” among ad buyers willing to move money away from Facebook and Google on moral grounds, said Justin Smith, former CEO of Bloomberg Media.

Smith is in the process of establishing Semafor, a new media start-up for global news. While Google and Facebook have dominated the digital ad space for more than a decade, there’s a growing movement among some advertisers who are diversifying ad spend away from the tech giants to support the news industry in the face of Big Tech privacy violations and disinformation.

“It used to be that ad marketers really shunned the news media, especially with digital targeting, because of brand safety. The news was tied closely with negativity, war and famine,” said Smith. “Now you’re seeing the opposite of that — brand bravery. The only true antidote to misinformation is human intervention. This is a multi-hundred-billion-dollar pool. Even a small loosening of that group is big, big money.”

Smith isn’t concerned with launching Semafor into a potential recession. He said while Semafor aims to appeal to college graduates around the globe, a wider audience than niche sites with passionate audiences, even general interest publications are in a better place now than they were 10 or 15 years ago. He credits the wide adoption of subscription.

“If you look at the last five years in particular, whether it was the pandemic, or the fascination with Trump, or the rise of Spotify and Netflix, there’s been a sea change with subscription,” said Smith. “There’s example after example of cross-category consumer adoption for subscription models for news.”

Smith implemented a consumer paywall for Bloomberg News’ website three years ago. Today, more than 400,000 people pay for access. Semafor, which will launch this fall, will start as a free, ad-supported service and will stay that way for “six, 12, maybe 18 months,” before installing a paywall. Some articles will always remain free, Smith said, similar to many other digital news services.

Smith also said the industry has morphed in ways to better connect audience to reporters, even through down times. Smith is promoting this enhanced bond by directly staffing talent agents, who will be tasked with pairing journalists on products and events outside of Semafor’s core business to broaden their reach.

“The media industry is in better shape than it was a decade ago,” Smith said. “Strategies are more sensible. Digital adoption is more ubiquitous. Models are clearer. Revenue streams are more diverse. Executives are more experienced. Even though we’re probably heading into a global recession, I do think the media business is going to withstand some of the downward pressure in a stronger way than it has in the past.”

Disclosure: NBCUniversal is the parent company of CNBC.

El Salvador’s bitcoin holdings down 60% to $60 million, one year later

California bans the sale of new gas-powered cars by 2035