HomeInvestingMike Novogratz says most of the crypto carnage is done, but prices...
Investing

Mike Novogratz says most of the crypto carnage is done, but prices could be stuck a while 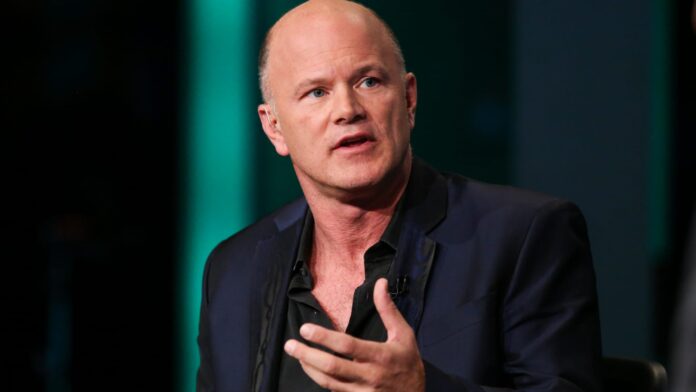 Galaxy Digital CEO Mike Novogratz said crypto doesn’t have much further to fall, but it could remain in choppy sideways trading before new capital enters the space. Cryptocurrency prices have been tumbling all year with other risk assets as the Federal Reserve began raising interest rates to fight persistently high inflation. The price of bitcoin , the largest crypto asset by market cap, is about 70% off its November all-time high. Further, fear of contagion is high as strained crypto companies have been forced to liquidate leveraged bets on cryptocurrencies. They have also been unable to fulfill loan repayment terms , while others have received bailouts from FTX’s Sam Bankman-Fried . “It feels like we’re 90% through that deleveraging,” Novogratz said on CNBC’s ” Squawk Box ” Thursday. “The problem is, to go much higher you need the narrative to pick up and you need new capital to come in.” “My instinct is it’s going to be choppy sideways for a while until either the Fed flinches and we get that macro narrative, or the damage is healed and people get liberated when the market starts going again,” he added. Risk management in the crypto space On Thursday, Novogratz also defended the crypto industry’s pursuit of decentralization, pointing to decentralized finance or DeFi platforms such as Compound and Aave as projects that “function the way they’re supposed to.” By contrast, he said, private, centralized companies currently in the spotlight such as Celsius and Three Arrows Capital were able to remain tight-lipped about how much leverage they had. “What we saw and hopefully doesn’t repeat itself next cycle is a horrific breakdown in risk management at companies that you would assume understood what risk management was,” Novogratz said. “When all is said and done, there will be accusations and prosecutions for fraud,” he said. “There will be gross misconduct in some of these companies when you just look at the amount of both leverage and inter-lending that went on.” “The original reason for crypto was more transparency, and ironically, we had centralized organizations on top of all the crypto and that’s where most of the problems showed up,” he added.

Sen. Graham says he was stating the obvious with Trump riots claim