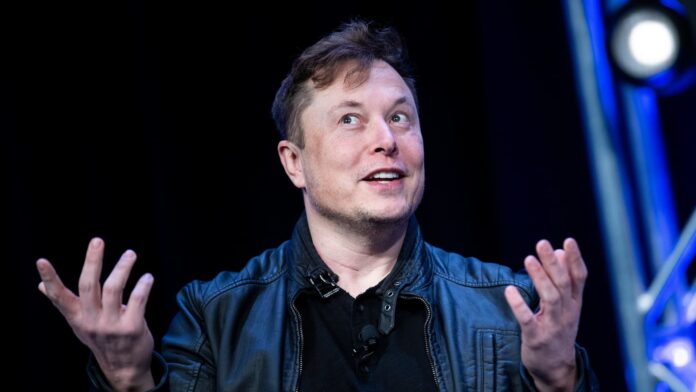 Billionaire Tesla and SpaceX CEO Elon Musk is leaning toward voting for Florida’s Republican governor, Ron DeSantis, for president in 2024, he said Wednesday on Twitter.

DeSantis, who has not officially thrown his hat in the ring for the race, is an ally of former President Donald Trump and is considered to be a likely front-runner in the party should he run.

Musk’s disclosure came as a response to another Twitter account called Tesla Owners Silicon Valley, which says in its bio it follows notorious Tesla owners in the area. The conversation began after Musk replied to a tweet from news outlet The Texan declaring Republican Mayra Flores’ victory in a special election for Texas’ 34th Congressional District, flipping a seat long held by Democrats.

“I voted for Mayra Flores – first time I ever voted Republican,” Musk tweeted in a response to the news outlet’s post. Musk confirmed in late 2020 he had moved to Texas, where he later relocated Tesla’s headquarters from California after complaining about the strict regulatory environment. “Massive red wave in 2022,” he tweeted.

The Tesla Owners Silicon Valley account asked Musk if he would vote Republican for president as well, to which Musk replied, “tbd.” The account then asked what direction he’s leaning toward, to which Musk responded with one word: “DeSantis.”

Another account with the name Spidey_ElonFan responded to Musk asking, “But your political donations will be evenly spread out, as you do always. Right??”

“I’m thinking of creating a ‘Super Moderate Super PAC’ that supports candidates with centrist views from all parties,” Musk replied.

Last month, Musk said he would vote for Republicans in upcoming elections though he said he’s voted for Democrats in the past, including former President Barack Obama.

Musk said he has voted for Democrats “because they were (mostly) the kindness party. But they have become the party of division & hate, so I can no longer support them and will vote Republican.”

What happens to my funds if a crypto exchange goes bankrupt?

Netflix may be missing an opportunity in horror movies