HomeEuropeNATO reaches a deal with Turkey to admit Sweden and Finland, secretary-general...
Europe

NATO reaches a deal with Turkey to admit Sweden and Finland, secretary-general says 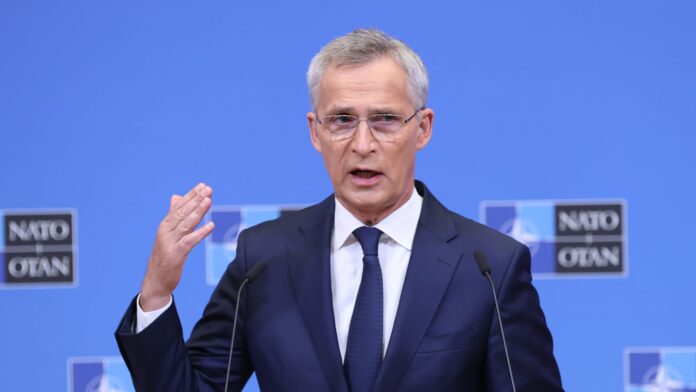 Stoltenberg has said NATO’s updated Strategic Concept will likely refer to Russia as the “most significant and direct threat” to security.

WASHINGTON — NATO Secretary-General Jens Stoltenberg said Tuesday that the world’s most powerful military alliance reached a deal to admit Sweden and Finland after resolving the concerns of holdout Turkey.

Previously, Turkish President Recep Tayyip Erdogan said he would not approve the NATO applications of both Sweden and Finland. He has cited their support for Kurdish organizations that Turkey considers security threats.

Last week, Stoltenberg told reporters that he was working to add Finland and Sweden to the NATO alliance “as soon as possible.”

“My aim is to find a common way forward so that both countries can join our alliance as soon as possible,” he said, adding that the addition of Sweden and Finland will “make them safer, NATO stronger and the Euro-Atlantic area more secure.”

“We are now working actively on the next steps in the accession process of both Finland and Sweden. And addressing Turkey’s security concerns, including in the fight against terrorism,” Stoltenberg said during a discussion hosted by Politico on June 22.

The push to add Sweden and Finland to the world’s most powerful military alliance comes as Russia’s assault on Ukraine amplifies fears of other countries in the region. Moscow, long wary of NATO expansion, has opposed the two nations’ plans to join the alliance.

Both Finland and Sweden already meet many of the requirements to be NATO members. Some of the requirements include having a functioning democratic political system, a willingness to provide economic transparency and the ability to make military contributions to NATO missions.

However, all 30 NATO members must approve a country’s bid for it to be accepted into the alliance.

In May, President Joe Biden, flanked by Finnish President Sauli Niinisto and Swedish Prime Minister Magdalena Andersson, said the two countries would “make NATO stronger.” He called their moves to join the pact a “victory for democracy.”

U.S. President Joe Biden delivers remarks next to Sweden’s Prime Minister Magdalena Andersson and Finland’s President Sauli Niinisto, in the Rose Garden of the White House in Washington, U.S., May 19, 2022.

Biden pledged to work with Congress — which has to ratify U.S. approval of NATO bids — and the other 29 members of the world’s most powerful military alliance to swiftly bring Sweden and Finland into the group.

“There is no question, NATO is relevant, it is effective and it is needed now more than ever,” Biden said on May 19 following a trilateral meeting at the White House with the leaders.

5 things to know before the stock market opens Wednesday, September 14