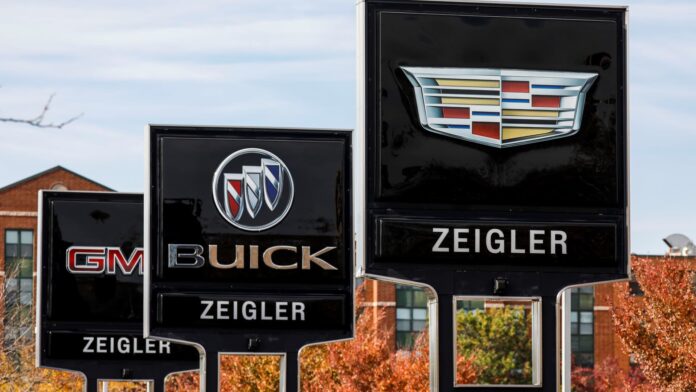 New vehicle quality declined by 11% this year amid parts shortages, shipping snarls and global trade disruptions, according to J.D. Power’s 2022 Initial Quality Study. Buick, Dodge and Chevrolet topped the list while Volvo, Chrysler and Polestar landed in the bottom three.

The 2022 Initial Quality Study found four times as many new models were worse than their segment averages. Disruptions such as a semiconductor chip shortage and personnel dislocations contributed to vehicle problems reaching a record high in the 36-year history of the study, J.D. Power said Tuesday.

“I knew we’d have challenges this year due to all the supply chain issues and everything else. I didn’t think it would be our worst year ever. We’ve never seen an 11% deterioration before,” David Amodeo, director of global automotive at J.D. Power, told CNBC.

“The worst we ever saw was 3% year over year. That’s just massive! I didn’t have an appreciation for all of the challenges that everybody was going through until we saw the data and synthesized it.”

J.D. Power’s initial quality rankings are based on survey responses from new car buyers or lessees of current model-year vehicles who respond during their first 90 days of ownership. The rankings consider long-term dependability, appeal of the cars’ features, and the sales or dealership experience in separate surveys.

This year, General Motors managed to improve the quality of many of its offerings, landing it in the top spot among all automotive companies on the list. The quality of GM’s Buick rose from 12th place last year to the top spot for initial quality in 2022.

Across the board, infotainment systems and mobile apps remain a pain point for most automakers. The greatest number of problems reported involved Google’s Android Auto and Apple CarPlay, which are designed to mirror smartphone apps such as Maps to a vehicle’s infotainment screen.

With the exception of Tesla, mainstream automakers generally integrate Android and Apple systems that allow customers to mirror their phones in their vehicle’s central display. Tesla uses its own browser.

For Tesla, which ranked 7th from the bottom this year, with the same initial quality score as Mitsubishi, panel alignment and poor paint quality were more common problems than customer issues with the company’s mobile app or infotainment.

“When we think about what Tesla talks about, that they’re a software company that happens to build vehicles, that plays out in what we see in terms of their problem areas,” Amodeo said during a media briefing Tuesday.

Elon Musk’s electric car venture improved its initial quality standing slightly and was included in the list officially for the first time this year. JD Power previously surveyed Tesla owners but did not consider their score official.

The top 5 best cities in the world for millennial travelers

Apple reportedly in talks to make AirPods and Beats in India

A ‘catastrophe’ is coming for economy: Labor Secretary Marty Walsh