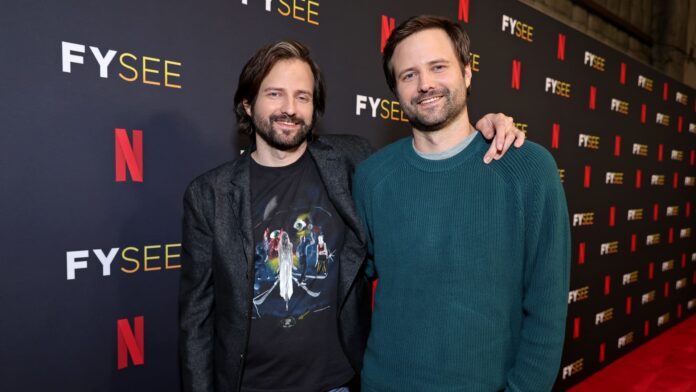 Netflix plans to bolster its offerings with more content from its most popular property, “Stranger Things.”

The streaming giant revealed Wednesday that the creators of the hit series, Matt and Ross Duffer, have formed Upside Down Pictures, a new production company that will develop film and television projects, including a “Stranger Things” spin-off, as part of the brothers’ overall deal with Netflix.

The company also teased a new stage play set within the world and mythology of the “Stranger Things.”

Streaming experts expected Netflix to double-down on franchises, as subscriber growth has slowed and, recently, decreased. Additional “Stranger Things” content is a natural move for Netflix. Not only does it already have an overall deal with the Duffer Brothers, “Stranger Things” just topped a billion hours viewed on the streaming platform, a feat that has only been accomplished by one other show, “Squid Game.”

“Matt and Ross are an exceptionally unique talent with a vision so crisp and clear,” said co-CEO Ted Sarandos in a statement Wednesday. “They are all about the details —  it’s no accident that ‘Stranger Things’ has pierced the zeitgeist to become the epic pop culture phenomenon it is today.”

Hilary Leavitt, who developed “Orphan Black,” “Ozark” and “The Great,” has been hired to run Upside Down Pictures.

The new production company will “aim to create the kind of stories that inspired the Duffers growing up,” according to a statement. “Stories that take place at that beautiful crossroads where the ordinary meets the extraordinary, where big spectacle co-exists with intimate character work, where heart wins out over cynicism.”

Additional projects include an original series from the creators of “Dark Crystal: Age of Resistance,” and a series adaptation of Stephen King and Peter Straub’s epic fantasy novel “The Talisman.”

Emerging markets shine as 2023 investing trend. How to take advantage

Intuit and Box are buys as they are best positioned to weather a downturn, Citi says