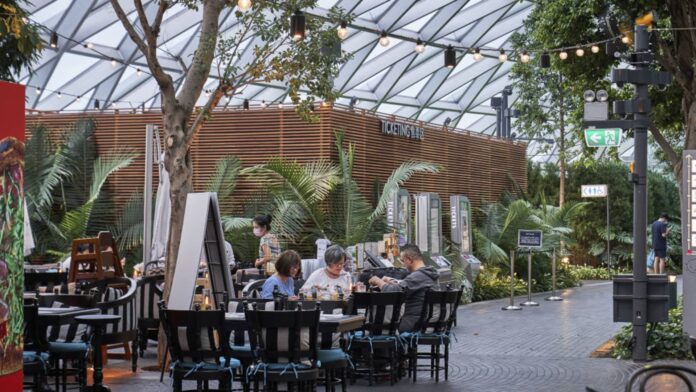 Cost pressure is a big concern for many Singapore retailers which have not completely passed on price increases to consumers, and are currently feeling the “margin squeeze,” Ernie Koh, the association’s president told CNBC’s Street Signs Asia Tuesday.

Singapore utilities company SP Group announced that electricity tariffs will be bumped up by about 8% compared to the previous quarter from July to September.

“The increase is mainly due to higher energy cost driven by rising global gas and oil prices exacerbated by the conflict in Ukraine,” SP Group said.

Energy prices are likely to remain elevated over the second half of 2022 and residents should brace for inflation to continue staying high before it stabilizes, the Finance Ministry said in June.

The government has been proactive in responding to the volatile environment and is willing to help retailers manage their electricity bills and rent increases, Koh said.

Not everyone agrees that high electricity prices are impacting retailers.

He said rentals, labor costs and utility charges have all gone up as well, and it is “hitting everyone” including retail businesses. “For retail businesses, as far as energy costs, it’s just electricity to turn on and off the lights. So we see that it’s just a small proportion of the total costs,” Song added.

Despite the current inflationary landscape, retail sales in May Singapore increased by 17.8% year-on-year, compared to April’s 12.1% rise, according to data from the Department of Statistics, or SingStat.

Excluding motor vehicles, retail sales rose by 22.6% in May, compared to the 17.4% increase the previous month, SingStat said.

All of the tourism and travel that’s coming back is clearly helping to boost consumption in Singapore.

“It’s not very surprising that we see demand pick up in such a substantial way,” said Brian Tan, a senior economist at Barclays.

He said that the pent-up demand in spending is coming from tourists, instead of Singapore residents.

“All of the tourism and travel that’s coming back is clearly helping to boost consumption in Singapore,” Tan said.

He dismissed suggestions that it was due to “revenge spending” from Singapore residents, and said “it doesn’t make sense” there is pent-up demand now, since they were able to purchase those goods in the last six months anyway.

Department stores which were gravely affected by Covid-19 restrictions in 2021 saw sales jump by 73.1% as consumer confidence bounced back. But supermarkets and hypermarkets had a 10.3% decline in sales as there was a higher demand for groceries in May 2021 when residents were staying home, SingStat reported.

Sales for motor vehicles declined by 10.2% since last year and by 5.7% on a month-on-month basis.

Tan said this is mainly due to the rising cost of car ownership. In addition to paying for the car, automobile owners must also pay for the the license to own one, known as a Certificate of Entitlement. COEs for one category of cars hit a record high of $110,524 Singapore dollars ($78,820) this week — surpassing the previous high in 1994, according to local reports.

Although furniture and household equipment sales increased by 4.7% compared to last year, it declined by 1.7% on a month-on-month basis.

“If you think about the last two years, a lot of the demand in the sector was due to people being forced to work from home and study from home,” said Tan. “Now that they’re all going back to the offices and people are able to travel, it’s probably a bit less in demand.”

Under the radar stocks like O’Reilly will boost your portfolio