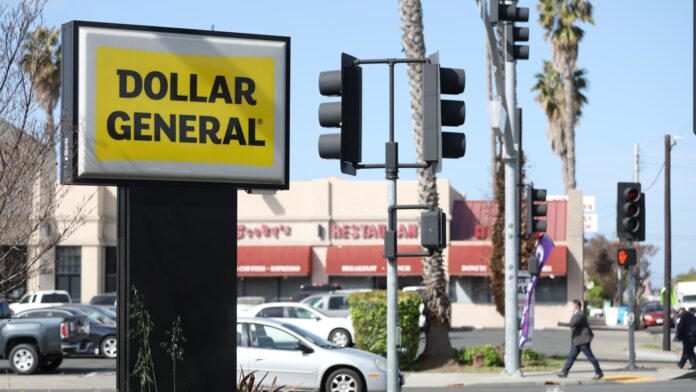 Inflation is on the rise, aggressive rate hikes are underway and fears of a recession have skyrocketed in recent months. Amid the volatility, Dollar General remains a “top pick” to weather the economic uncertainty, according to Oppenheimer. “We believe a strengthening fundamental backdrop coupled with defensive attributes of the DG model position shares for more outperformance in a potentially more difficult consumer spending backdrop going forward,” wrote analyst Rupesh Parikh in a note to clients Tuesday lifting the retailer’s price target. “With a relative P/E multiple now more consistent with peaks, we believe earnings upside could be more important for the upside case from here.” Parikh maintained an outperform rating on Dollar General but upped the firm’s price target on the discount retailer to $275 from $240 a share, citing the company’s focus on essentials as pivotal in a slowing economic environment. “We believe the company’s unique value proposition (vs. grocery, mass, and drug), focus on essential categories, and benefits from trade-in position DG for comp growth and share gains in a potentially weaker economic backdrop,” he wrote. While Dollar General faces ongoing headwinds from rising inflation and shipping costs, Oppenheimer believes those issues should subside during the 2023 fiscal year. Shares of Dollar General have already outperformed the broader market this year. While stocks hit sell-off mode, shares of Dollar General have risen 3.5% and could rally another 12.6% in the near-term, given Oppenheimer’s price target. — CNBC’s Michael Bloom contributed reporting

Apple among the names reporting next week that typically beat on earnings, boosting shares

Trump to be deposed by N.Y. AG in civil probe of his business practices