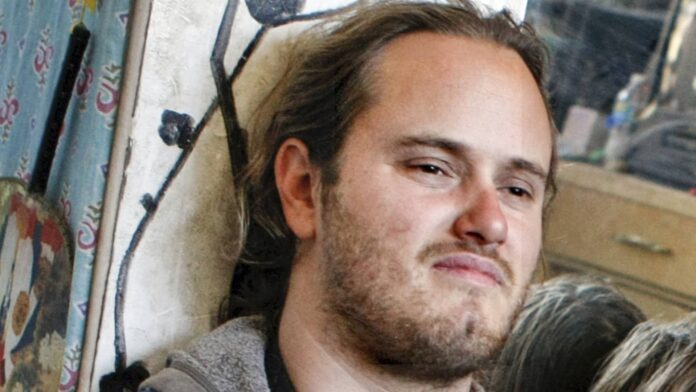 Speaker of the United States House of Representatives Nancy Pelosi and her husband Paul Pelosi arrive on the red carpet for the Time 100 Gala at the Lincoln Center in New York on April 23, 2019.

DePape, 42, was charged with assaulting an immediate family member of a United States official with the intent to retaliate against the official on account of the performance of official duties. He also was charged with attempted kidnapping.

The Richmond, California, resident was arrested by San Francisco Police on Friday after he was found at the home struggling with the 82-year-old Paul Pelosi over a hammer.

When officers ordered the men to drop the hammer, DePape gained control of it, and hit Pelosi in the head, knocking him out, authorities said.

Police found a roll of tape, white rope, a second hammer, a pair of rubber and cloth gloves, and zip ties from the crime scene, the Justice Department noted in a press release Monday.

David Depape is shown in Berkeley, Calif.,on Friday, Dec. 13, 2013. An intruder attacked and severely beat House Speaker Nancy Pelosi’s husband with a hammer in the couple’s San Francisco home early Friday, Oct. 28, 2022, while searching for the Democratic leader. Police were called to the home to check on Paul Pelosi when they discovered the 82-year-old and the suspect, Depape, both grabbing onto the hammer, said Police Chief William Scott.

Law enforcement officials including FBI agents on Sunday obtained Pelosi’s account of the home invasion, a source with knowledge of the investigation told NBC.

Pelosi told police he had been asleep when DePape, whom he did not know, entered his bedroom looking for Nancy Pelosi, authorities said.

Pelosi had all of his cognitive functions and seemed to recall everything about the incident, the source said.

Nancy Pelosi, a California Democrat who as House speaker is second in the line of presidential succession, was in Washington, D.C., at the time of the attack.