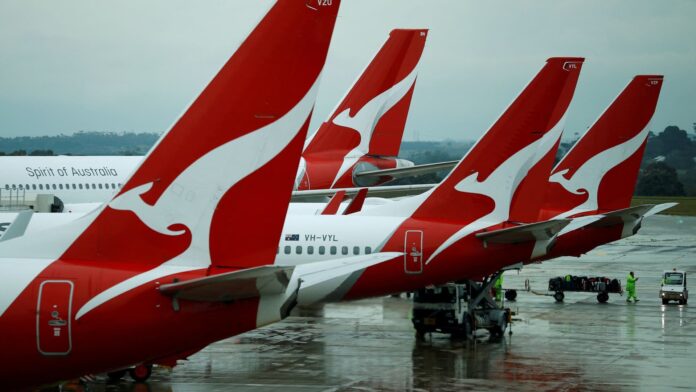 Qantas CEO Alan Joyce told CNBC the airline was not able to return to profit as quickly as other carriers like those in Singapore because it did not receive as much government support and faced a “massive wave of Covid … nobody was planning for.”

Australia’s national carrier has posted its third consecutive year of statutory losses before tax of $1.19 billion Australian dollars ($830.67 million), attributing the performance to the delta and omicron outbreaks in Australia and upfront costs from restarting the airline after lockdowns ended.

Asked about how Qantas compared to Singapore Airlines, which returned to a net profit in the first quarter of the financial year 2022/2023, the CEO answered: “We’re very different from different airlines because within Singapore, there wasn’t a need to sack, stand down people that we had to do.”

“Because we ended up getting very little government support, the government rented some of the aircraft and gave our people that were stood their money but with people being stood out or not having employment from the airlines, a lot of people left the industry,” he told CNBC’s “Squawk Box Asia.”

“Secondly, we’ve had this massive wave of Covid here in Australia that nobody was planning for.”

On Monday, Qantas started sending out emails to its frequent flyers apologizing for not meeting the standards they had expected from the company while offering every customer a A$50 discount on a return flight.

Joyce also told CNBC that schedules that were in place six months in advance during the pandemic were upended and said staff absences from Covid infections also unraveled its recovery plans.

Worker absences triggered operational problems — in particular, in the running of domestic flights, which is “more complicated” and different than international routes, Joyce added.

“It’s a lot more complicated, with some aircraft doing eight sectors a day, when you get a problem in the morning with somebody not turning up that impacts all eight sectors during the day,” he said, noting the differences between markets.

“The markets that are similar to us, like Europe like North America, you see similar issues occurring because people didn’t expect this this big wave of Covid.”

In North America, however, American Airlines returned to profit in its second quarter, as did Singapore Airlines, which the CEO compared Qantas with.

Singapore Airlines doesn’t have a domestic market. All its revenue is derived from international flights that were shut down during the pandemic.

By July 2020, it had lost nearly all its passenger carriage and grounded many of its aircrafts and staff, a company statement said at that time.

It has raised S$22.4 billion since April 2020, including S$15 billion from shareholders through the sales of shares and convertible bonds. Singapore sovereign wealth fund Temasek is the majority shareholder and holds 55% of the airline.

Qantas received about A$2 billion in government support, including A$850 million in wage subsidies for those who lost their jobs.

The Australian airliner has been under pressure over poor performance including canceled flights and lost luggage. Unions have called for Joyce’s resignation.

Qantas still has a halo as one of the best employers in Australia. People want to get into aviation.

But things are improving, Joyce told CNBC, adding that nearly 25,000 applicants applied for the recently advertised 2,500 new jobs at the carrier.

“So, Qantas still has a halo as one of the best employers in Australia. People want to get into aviation,” he said.

Since the start of the pandemic, the company has shed nearly 9,000 jobs from its workforce of nearly 30,000, the company said in an email response. It has since replaced only about a third of those employees and contractors it let go.

However, Qantas isn’t the only airline in the region that has posted losses on Thursday.

In June, the International Air Transport Association forecast that the North American airline industry would be back in the black by the end of 2022, while the rest of the world would continue to face losses.

Twilio to lay off 11% of workforce