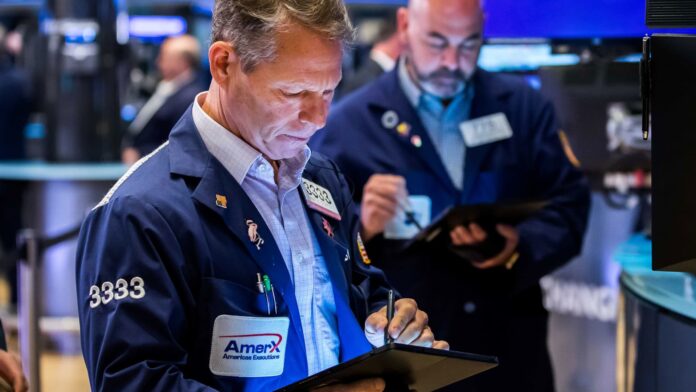 It’s time for investors to snap up defensive dividend stocks as a recession could hit later this year, according to Wolfe Research. Wolfe analysts said in a note Monday that believe a recession could turn up as early as the fourth quarter, though they maintained that their base case is for a downturn in 2023. The report came as the S & P 500 made a fresh intraday low for 2022 and fell back into bear market territory — down more than 20% from a record set in January — ahead of a key Federal Reserve meeting this week. “Fed Chair Powell should strike a much more hawkish tone on Wednesday. However, given how wrong the FOMC’s been, it’s very difficult to predict future actions,” Wolfe said. “Our general sense is that they’ll hike enough to cause a moderate recession in 2023, but they won’t be aggressive enough to put inflation on a path back toward 2%-3%.” Still, there are some defensive dividend stocks for investors to hide in, Wolfe Research said. The firm screened for stocks with dividend yields greater than 3%, payout ratios lower than 90% and low leverage (debt levels that are less than 3 times their 2022 expected EBITDAR). Here are 10 names on Wolfe’s list: Campbell Soup made the list with a 3.1% dividend yield, a payout ratio of 52% and a debt multiple of 2.4. The consumer staple stock jumped last week following an earnings beat and after the company raised its full-year sales outlook. Over the weekend, Piper Sandler analysts said that Campbell Soup’s fiscal year 2023 estimates “look achievable, likely beatable,” though they worry inflation will continue to challenge the company. Piper Sandler has a neutral rating on the company. Edison International , which has a dividend yield of 4.1%, also made the list. The utilities stock gets a boost from a positive regulatory environment, a strong client base in Southern California and a robust balance sheet, wrote Argus analysts on Friday. The analysts, who have a buy rating on the company, added that Edison was “favorably valued” compared to its peers. Health-care stock Gilead Sciences also met Wolfe’s criteria, with a a dividend yield of 4.7%, a payout ratio of 45% and a leverage multiple of 1.5. The stock could generate “modest upside” given the company’s low valuation, according to analysts at SVB Securities last week. Other stocks included in this list include Omnicom , Kohl’s , Ford , Diamondback Energy , 3M , Western Union and NetApp .