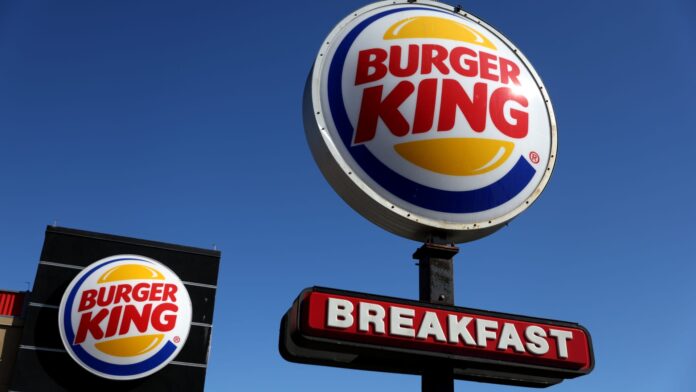 A sign is posted in front of a Burger King restaurant on February 15, 2022 in Daly City, California.

Shares of the company were flat in premarket trading.

Here’s what the company reported compared with what Wall Street was expecting, based on a survey of analysts by Refinitiv: