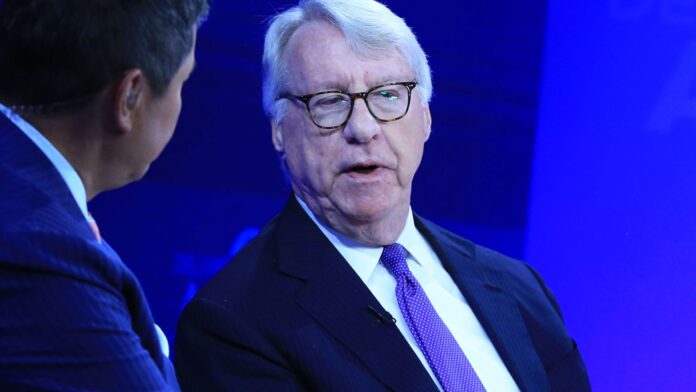 Famed short seller Jim Chanos is on to his next stock to bet against: concert ticket platform Live Nation . The founder of Kynikos Associates unveiled his bearish take on Live Nation at the Forbes Iconoclast Summit 2022 on Thursday. He said Live Nation presents an ominous combination of excessive valuation and the thematic investing rage in meme stocks and reopening plays. “One company that epitomizes that and still we think trades at nosebleed valuations for what it is, is Live Nation,” Chanos said. “The vast majority of their concert revenues comes from baby boom X … people paying $300, $400, $500 to see the 48th last concert tour of the Rolling Stones.” The short seller said at a reasonable valuation, the stock should trade around 18 times adjusted operating income for 2023, but it’s actually trading at 60 times estimated earnings. “This is just an excessively overpriced stock that happens also not to be a great business,” Chanos said, calling the model “crummy.” He added that Live Nation made no money pre-pandemic. From 2017 to 2019, the company lost money for common shareholders, Chanos said. Live Nation lost money on a GAAP per-share basis over that time period, but reported net income was positive. Shares of Live Nation are already down more than 36% this year, but Chanos believe it has “a lot further to go,” saying it could easily drop another 50%. CNBC reached out to Live Nation for comment. The company is scheduled to report results after the bell. Clarification: This story has been updated to clarify that Live Nation lost money on a GAAP per-share basis from 2017 to 2019.

Buy Conagra as it catches up with the competition, UBS says in upgrade

Uber and Lyft stocks had their best week ever