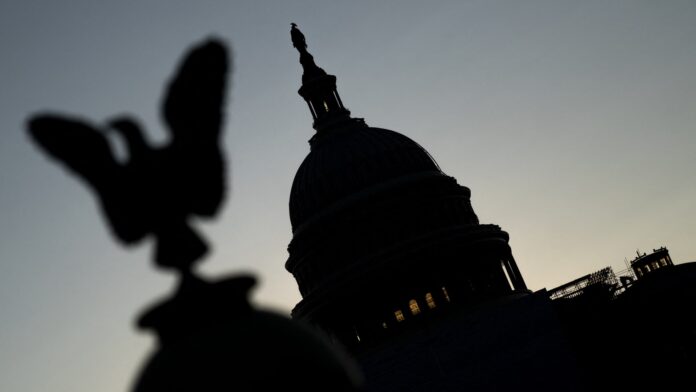 The 2022 elections are expected to cost over $16.7 billion, making them the most expensive midterms ever, according to a new study by the nonpartisan OpenSecrets.

The massive sum, released Thursday in the campaign finance watchdog’s final spending analysis for the cycle, encompasses spending in both federal and state races. Election Day is Tuesday.

“No other midterm election has seen as much money at the state and federal levels as the 2022 elections,” said Sheila Krumholz, OpenSecrets’ executive director. “We’re seeing record-breaking totals spent on elections up and down the ballot.”

The fight for control of the House and Senate in particular saw massive spending, according to the OpenSecrets data. Republicans hope to win back control of both chambers for the final two years of President Joe Biden’s first term.

Democrats hold control of the evenly split Senate, with Vice President Kamala Harris as the tie-breaking vote. The most expensive Senate races include Pennsylvania, Georgia, Arizona and Ohio, according to the data.

Democrats also control the House with an eight-seat advantage. But the GOP is favored to flip control of the chamber.

Outside groups spent about $1.9 billion to influence federal elections through Oct. 31, blowing past the 2018 midterm outside spending record of $1.6 billion, adjusted for inflation. The biggest outside spenders are super PACs aligned with Republican and Democratic congressional leadership.

Two Republican political action committees have led the way in outside spending for federal races.

The Senate Leadership Fund, a super PAC aligned with Senate Minority Leader Mitch McConnell, R-Ky., has poured over $205 million into the midterms while backing Republicans running for Senate. The Congressional Leadership Fund, a hybrid PAC supported by House GOP leaders, has spent more than $188 million.

State candidates, party committees and ballot-measure committees are projected to raise $7.8 billion, according to the new data.

European Central Bank says bitcoin is on the ‘road to irrelevance’

These are America’s 10 best states for workers