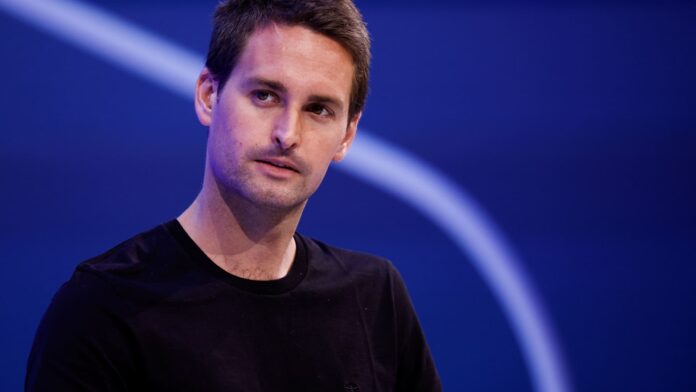 Snap got hit with a slew of analyst downgrades after the social media company posted disappointing quarterly results. The company reported a bigger-than-expected loss for the second quarter along with revenue that was slightly below analyst expectations. On top of that, Snap failed to give earnings guidance for the third quarter and said it plans to slow hiring amid weak revenue growth. The company’s shares plunged nearly 30% in premarket trading on the back of those results. The stock was already having a terrible year, falling more than 65% through Thursday’s close. Among the analysts downgrading the stock was Evercore ISI’s Mark Mahaney, who said there are limited catalysts for Snap in the near term. The analyst also cut his price target on the company to $14 per share, although the stock traded below $12 in the premarket. KeyBanc’s Justin Patterson also lowered his Snap rating to sector weight from overweight, citing increasing competition, among other reasons. Check out what Mahaney, Patterson and other analysts had to say about Snap after its dismal quarterly report: Oppenheimer lowers to perform, removes $22 price target “In our opinion, SNAP is now facing too many headwinds for investors to underwrite stock in the medium-term—TikTok, SKAdnetwork 4.0 & rise of Retail Media Networks —before we factor in slower consumer spending in 4Q and 1H:23,” Jason Helfstein wrote Thursday. KeyBanc moves to sector weight from overweight KeyBanc downgraded shares of Snap citing a few reasons, including increasing competition and the fact that improvements will take some time to materialize. “Given a ~20% revenue growth profile and persistent GAAP loses, we struggle to see SNAP’s 2023E/2024E EV/S multiple expanding beyond 3.6x/3.0x,” wrote Justin Patterson in a Thursday note. Atlantic Equities cuts Snap to neutral, lowers price target to $13 “Q2 results were expected to be weak given the challenging macro backdrop, but the 13% YoY Q2 revenue growth and flat quarter-to-date growth were even weaker than anticipated,” analyst James Cordwell wrote in a Friday note cutting Snap to neutral from overweight. He also lowered his price target to $13 from $18. “Moreover, management commentary suggests competition may be a greater than appreciated factor and more work may be required to improve Snap’s direct response offerings.” Goldman Sachs moves to neutral, slashes price target to $12 Goldman Sachs downgraded Snap to neutral from overweight and cut its price target to $12 from $25, citing industry checks that were more optimistic than the earnings report, pointing to potential issues with the company. “Looking forward, we expect Snap as a stock to be range bound for the short/medium term as investors digest a new normal of depressed revenue growth, optimized hiring cadence (while still making investments in platform evolution) and low/no visibility as to improved operating performance (as reflected in a mixture of our new revenue estimates at ~20-30% lower in 2023/2024 vs. prior levels),” Eric Sheridan said in a Friday note. Evercore ISI rates shares in-line, lowers price target to $14 Evercore ISI’s downgrade of Snap cited management’s failure to give formal guidance for the third quarter as a big negative. “We are dramatically reducing estimates (25%+) and are downgrading SNAP to In Line Rating – while we remain constructive on Snap’s long-term fundamentals (especially given its very healthy DAU growth), its product innovation capabilities, and its future monetization GCIs (Growth Curve Initiatives), we see limited catalysts for the stock for the next 6-12 months,” wrote Mark Mahaney. Stifel downgrades to hold, cuts price target to $14 Stifel lowered its Snap price target to $14 from $20 and downgraded the shares to hold from buy after the weak earnings report and lack of forward guidance from the company. “This, paired with commentary that suggests the near-term trajectory is uncertain has us moving to move to the sidelines,” said Mark Kelley. “We’re optimistic about the long-term potential for SNAP given the platform’s healthy user trends and innovative product roadmap (which may take a near-term hit with slower hiring and a focus on “productivity”), but we believe Snap performs well when the macroeconomic backdrop is on firmer ground and when advertising budgets are growing at a rate that allows for more experimentation with relatively new formats — that’s not the environment we currently find ourselves in.” Deutsche Bank slashes price target, cuts rating to hold Deutsche Bank cut its Snap price target to $14 from $25 and downgraded the shares to hold from buy, citing slowing demand and contracted advertising budgets. “The company highlighted increased competition for advertising dollars, and we think SNAP may have been displaced by TikTok as the experimental platform of choice (which has become the 3rd platform behind META and GOOGL) and is now less able to garner outsized share of these incremental spending budgets as demand trends normalize,” wrote analyst Benjamin Black in a Friday note. Truist cuts rating to hold, price target to $12 Truist cited macro headwinds, worsened platform changes and additional competition for its downgrade. “SNAP may be losing share to TikTok and other short-form video platforms which have grown materially in a short period of time, and likely warrant higher ad spend to follow heightened consumer engagement,” Youssef Squali wrote Thursday. JPMorgan downgrades Snap to underweight from overweight, slashes price target to $9 “Despite warning in May that its 2Q results would likely come in below the low end of the +20%-25% Y/Y guide, 1) Snap’s reported growth of +13% showed greater deterioration than expected, 2) 3QTD is trending around flat Y/Y (which could mean down Q/Q), & 3) in not providing guidance for 3Q, Snap suggested that forward visibility remains very challenging,” wrote analyst Doug Anmuth. “Additionally, while Snap will not call out TikTok specifically, we believe TikTok’s strong engagement & rapid monetization growth (eMarketer estimates ~$12B in 2022 revenue) are having an outsized impact on Snap’s business,” he added. — CNBC’s Michael Bloom contributed to this report.

Target will cover employees’ travel to other states for abortions