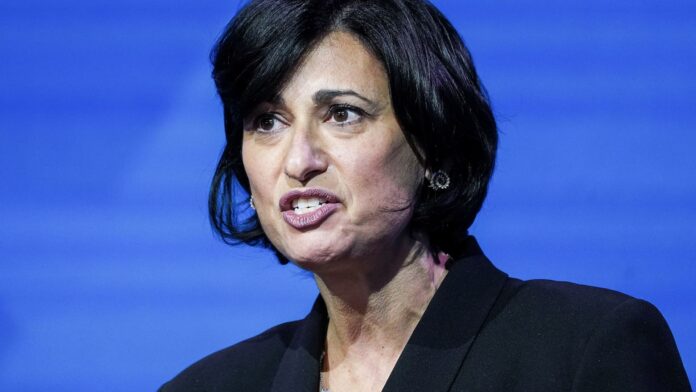 Some people recently diagnosed with sexually transmitted diseases may also have monkeypox, the Centers for Disease Control and Prevention said, warning physicians that they need to watch and test for both since monkeypox can look a lot like an STD.

“Health-care providers should not rule out monkeypox just because a patient has another diagnosis or another STI,” Walensky told reporters.

The U.S. has confirmed 45 monkeypox cases across 15 states and Washington D.C. as of Thursday, according to the CDC. No deaths have been reported. The current outbreak is unusual because the virus is spreading outside West and Central Africa, where the disease has been present for decades. More than 1,300 cases have been reported globally across 31 countries, according to the CDC.

Moneypox normally begins with symptoms similar to the flu, including fever, headache, muscle aches, chills, exhaustion and swollen lymph nodes. The disease then progresses to a painful rash that can spread all over the body. Most patients recover in two to four weeks without specific medical treatment, according to the CDC.

However, some patients during the current outbreak have developed a rash only on the genitals or anus before they experience any flulike symptoms, Walensky said. In some cases, patients developed a rash without any symptoms similar to the flu, she said. In many cases, the localized rash has not spread to other parts of the body or only to a few areas, the CDC director said.

People diagnosed with moneypox during the current outbreak have reported close physical contact with other people infected with the virus, Walensky said. The virus can spread through direct contact with sores, bodily fluids or materials such as clothes or bedsheets.

At least 75% of monkeypox patients in the U.S. have reported exposure to the virus during international travel, according to Dr. Jennifer McQuiston, a CDC official. The majority of the cases have been reported among men who have sex with men, according to the CDC.

A few patients are unsure how they caught monkeypox, which suggests the virus might be spreading within the U.S. at a low level, McQuiston said. However, the CDC has not identified any city or region in the U.S. where there is an outbreak, she said.

“There are just these occasional, sparse cases that are not sure how they acquired monkeypox,” McQuiston said. “In all likelihood, they acquired it from someone who recently traveled but they’re just not sure,” she said.

Monkeypox can also spread through respiratory droplets when people have close, sustained face-to-face contact, Walensky said. The virus is not thought to linger in the air or transmit through short periods of shared airspace such as casual conversations at the grocery store, Walensky said. Monkeypox also isn’t thought to spread from briefly touching the same item such as a doorknob, she said.

Airborne transmission of mokeypox has not been reported, according to Dr. Raj Panjabi, who leads the White House pandemic preparedness office. The difference is respiratory droplets quickly fall to the ground while aerosol particles are much smaller can linger in the air for a longer period of time, Panjabi said. Covid-19, for example, spreads through aerosol particles, which is one of the reasons it’s so infectious.

The federal government has delivered 1,400 vaccine courses and 110 antiviral treatments for people who have had high-risk exposures or monkeypox infections, according to Panjabi. The U.S. has also performed 300 tests so far for orthopox, the family of viruses that includes monkeypox. When people test positive for orthopox, they are presumed to have monkeypox until the CDC in Atlanta confirms the diagnosis.

The U.S. currently has 72,000 doses of the vaccine Jynneos, a small pox vaccine that’s also approved to fight monkeypox, immediately available in the strategic national stockpile, according to Dawn O’Connell, who leads the Health and Human Services office responsible for inventory. The manufacturer Bavarian Nordic is also sending another 300,000 doses to the U.S., O’Connell told reporters.

Jynneos is a two-dose vaccine approved by the Food and Drug Administration to prevent monkeypox in people ages 18 and older. The U.S. also has more than 100 million doses of an older generation smallpox vaccine, ACAM2000, that can also prevent monkeypox infection. Smallpox and monkeypox are in the same virus family, though moneypox is much milder.

The CDC generally recommends Jynneos over ACAM2000, because the latter vaccine can have severe side effects. The U.S. does not currently have enough Jynneos doses in the supply chain to vaccinate everyone in the U.S. in the event of a public health emergency, McQuiston said. As a consequence, the Jynneos vaccine is being given only to people who would benefit the most from it, she said. ACAM2000 has a role to play in vaccinating people who are not at risk of side effects from the vaccine to help maintain an adequate supply of Jynneos for those who need it, she said.

In an income-focused world, high dividends might turn into a dry well