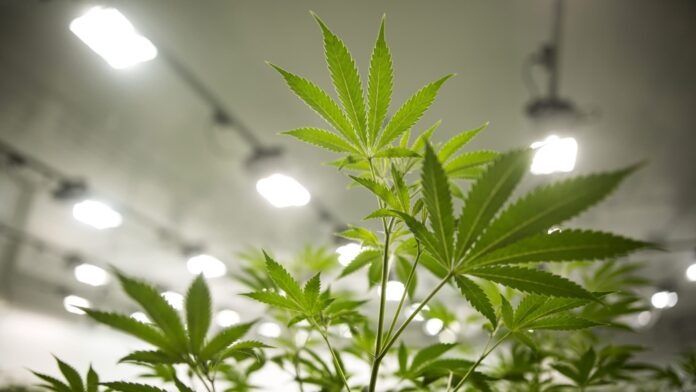 Marijuana faces short-term headwinds in the U.S. and Canada, and that can mean near-term difficulties for publicly traded sellers, Bernstein warns. Analyst Nadine Sarwat said the industry is not for the “faint-hearted,” with Canadian licensed producers down 48% this year and U.S. multistate operators down 54%. “Is the buzz gone? In the short-term, yes, as Canada goes through growing pains and US legalization efforts are patchy at best,” Sarwat said Tuesday in a note to clients. “However, in the long-term we see both meaningful and underappreciated growth in the US (with or without legalization) and continued growth in Canadian cannabis spending,” she added. “But buyers beware, it will be a messy and wild trip (pun intended) to getting there.” Canada has a total addressable market of C$8.5 billion by 2027, the note said, more than double 2021’s estimate of C$4 billion. But Sarwat said it is less clear which brands will dominate, how fragmented the market will be and how consumer perceptions and regulation will change. She also questioned whether licensed producers can continue to improve profitability, but she did say the market has meaningful expansion remaining. There’s a larger market in the U.S., at around $56 billion in 2027 without federal legalization but closer to $90 billion with it, she wrote, describing federal legalization as a question of “when, not if.” The U.S. market was valued at around $27 billion in 2021, the note said. Ultimately, she said, the buzz is gone for companies on the Canadian stock market but there is some potential in U.S. stocks. Within the U.S., Sarwat said, Tilray Brands was fairly valued with a strong foothold in Germany, though that currently brings foreign exchange headwinds. She also said Cronos was fairly valued, having strong topline growth due to edibles that counterbalances negative earnings. Both were rated market-perform as Bernstein initiated coverage. She said Canopy Growth is overvalued, with what she called the worst growth margins. It was given an underperform rating. — CNBC’s Michael Bloom contributed to this report.