HomeInvestingStock investors start to bet the Fed will tip the economy into...
Investing 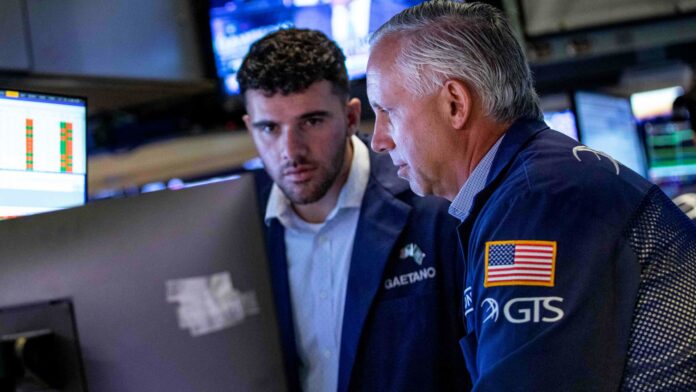 It’s going to be a long summer. The stock market is now resembling a slow motion car crash. The main problem is investors may not have the information they need to determine a bottom for many months. All the main issues moving the markets have been resolved with a “no.” There’s no apparent peak in inflation, no Fed pause, no soft landing, no China lockdown easing, and no Russia/Ukraine resolution. Since the market now knows it put too much weight on the peak inflation narrative, we are back to the mid-May narrative: That the Fed will likely make a policy mistake, will overtighten, and cause a recession. As a result, many traders now appear to be moving to the sidelines, with fairly high cash levels. The other two major market issues are not helping bulls either: China is again dealing with a Covid outbreak, this time in Beijing, and there is no resolution to the Ukraine/Russia war on the horizon. The good news is that signs of slowing in the U.S. economy are clearly starting to emerge, which is what will need to happen to successfully fight inflation. Gasoline is now $5 a gallon nationwide , which is a tax on consumers and will surely crimp summer driving plans. A Freddie Mac Economist told Barron’s over the weekend that the U.S. housing market is set to experience the most significant contraction since 2006, noting that home-purchase mortgage applications are down 40% from their most recent peak in 2021. None of this gives the Federal Reserve any immediate incentive to sound dovish when they meet on Wednesday. Unfortunately, we won’t get any further news on inflation until June 30 when the May PCE numbers come out. It’s a long way to more clarity. After a significant multiple compression, the markets now face the potential for a second leg lower on an earnings downgrade. Amazingly, earnings estimates for 2022 continue to rise, not fall, and now profit for S & P 500 companies is expected up 10.2% for 2022 and 9.8% for 2023. If the market comes to believe that a recession is inevitable, the second half 2022 numbers will get whittled down and the 2023 estimates will evaporate. That would imply another 10% drop in the markets, which is why many strategists have S & P targets in the 3,400-3,600 range. That would bring the S & P 500 decline to close to 30%, which makes sense from an historic perspective. The S & P 500 tends to lose, on average, one-third of its value heading into and around recessions, Lori Calvasina at RBC Capital has noted.